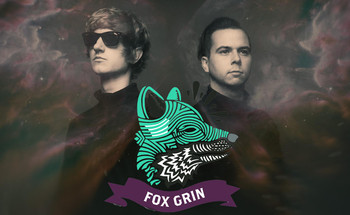 Artistic rock band Fox Grin, are from Atlanta GA and Nashville, TN. Taking together a number of genre choices to express their creativity, leading to a handful of releases, including most recent being an EP titled “Dawn”. Fox Grin have got so much in-store that they just want to get out and tour, tour, tour! Discover their back story, musical style, and plans to tour as much as possibly possible.

NP: Where did you get the idea for your name, did you plan it or did it come out just like that?

Fox Grin began as my (Thom Chapman’s) first solo record. It was produced in a cotton mill warehouse in Atlanta by a band “Wolves” at the time and the collection of artists surrounding it decided to create a collective called “Pack Life”. Once the creation of the first full length album “Animals” began it was decided that a band had been formed around my solo efforts, and keeping with the Pack Life theme, the name “Fox Grin” was decided on. (I used to spray paint Cheshire grin murals all over Atlanta)

NP: Why did you want to play this genre?

We’ve always been fans of rock n’ roll, of the Beatles’ pop song sensibility, but also of music that pushes boundaries and might seem weird at first. Fox Grin songs are always trying to balance on the line between the two. It’s our goal to have a tangible pop song melody and sentiment that you can hum and hold on to, but if you dive deeper into the song there’s usually something strange about the song structure or arrangement. We favor songs that tend to have a mantra that you can sing or repeat to yourself, and have a ton of fun building arrangements to.

I went to school for Art, and I’ve always identified music and visual art as two sides of the same coin. I’ve always thought that there was magic in Abstract Expressionism, the emotion and feeling is tangible and can take you to another place. We try to capture that same feeling in our music.

NP: Did you know each other before Fox Grin was formed?

We met while the first solo record was being recorded in Atlanta. The cotton mill warehouse was a large complex with many different lofts. At the time David Bean was a neighbor next door to the Wolves’ loft/studio. I was over there all the time, my lease was up and I needed a place to move so I ended up moving into David’s loft. After the music was recorded we needed a bassist and the rest is history.

NP: Who or what inspires you to write songs?

Can/could be anything, our tastes are very eclectic and inspiration works in mysterious ways. Reading a biography of Kurt Cobain in elementary school is what got me started writing songs.

NP: What artists or bands have inspired or influenced you the most?

NP: Let’s discuss your EP “Dawn” is this your first debut release ever in existence for Fox Grin?

It’s not, we’ve got an EP and an album available on Spotify that we’ve already self released.

NP: Why did you want to go with writing, recording, then releasing an EP as opposed to a full-length album?

We have an album we’ve been working on that we recently just finished, it’s due out this winter. These songs came about as a different body of work and so we decided to release them as an EP while we were finishing our album.

NP: Did you have any leftover material from this EP, we will see on the next release, whatever that may be in terms of EP or full-length?

We have a couple of songs that weren’t finished in time to be on the EP, and they will probably be put with our next body of work.

NP: What is it that you would like to let people know about the “Dawn” EP, to get them to check it out?

It’s our most organic sounding recordings yet, “Fall Into You” and “All Alright” were recorded as a live performance in studio. Very raw which makes them very special to us.

“Jack Quick” was a song written by my Atlanta friends from when we were growing up and is my homage to them. “Totem” is a victory march about seeing the bright side of life and being grateful.

NP: Would you like to say anything else about this EP that has not already been said about it. Like are there any hidden Easter eggs or secrets you have yet to expose?

We had two different drummers on this EP, Matt Prince from The Gills plays on the first two tracks, and Nathan Wahlman from Humminghouse/Tesla Rossa plays on the 2nd two.

Both are insanely talented and made us giddy to be able to work with them. Mike Cap left an impromptu Easter egg on the piano at the end of “All Alright” that always makes us smile.

NP: Where can we pick up the EP and found out more about Fox Grin?

The Dawn EP is available on Spotify and iTunes, and you can always visit our website to keep up with us or shoot us an email. We’re all over the social media and the Google.

NP: What do you think of your fans?

We have the best fans. They’re always the most genuinely kind and creative people we ever meet.

NP: What does next year hold have in-store?

NP: Where do you see Fox Grin in the next 5 years?

NP: Is that your final answer?