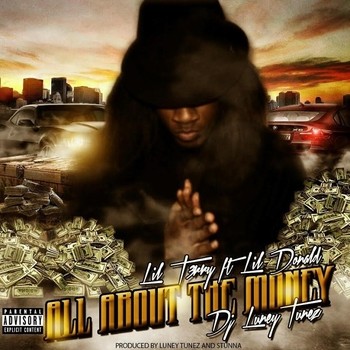 Born in Jacksonville, Florida and raised on the northside of Minneapolis, Minnesota, Micheal Terry, professionally known by his stage name Lil T3rry is a talented recording artist currently residing in Atlanta, GA who is aiming to shake up the music industry with his sound and BGM (Brothers Getting Money) movement. Lil T3rry is 1/3 of BGM rap group and formerly the energetic hype man for Universal recording artist, Bigg Jigg.

In 2016, he released his first single, All About the Money which features a collaboration with Future’s Free Band artist, Lil Donald and hit making producers, DJ Luney Tunez and Stunna. The street banger released worldwide on November 26, 2016 after Lil T3rry inked an international distribution deal with Uniscope Distribution & Brand Services and has since charted on DRT’s Top 150 Independent radio charts. The artist and his team have launched a nonstop campaign that has led to the team recently winning the TopMics Tour Competition. With appearances on AUMA Radio and radio spins now spanning into Augsburg, Germany, Lil T3rry is preparing new releases and currently accepting booking engagements.

All About the Money is available on iTunes/Apple Music: http://apple.co/2g0ySAA