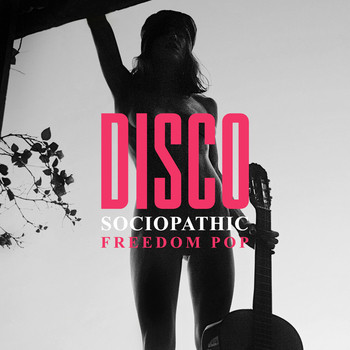 Disco (release date June 5th) was written with a sense of urgency while Ms. Gold Sponge’s plane was warming its engines on the tarmac, and the song fully captures the mad freedom of Sociopathic Freedom Pop. Recorded entirely at night during a pagan ritual involving human bones and the gore of the cult classic film Anthropophagous, the song manages to escape the darkness with its summery and festive sounds, an ode to celebration in all its forms.

Sociopathic Freedom Pop is the duo of Mathieu Cantin and Ms. Gold Sponge. Based respectively in Quebec and New York, the pair met in Nice, France, and after a long night of guitars and red wine, they knew at once they had a band in their midst. Centered around the psychotropic voice of Gold Sponge and Cantin’s crushing guitar sound, Sociopathic Freedom Pop’s music is grandiose, at times unnerving for the uninitiated as well as its creators.