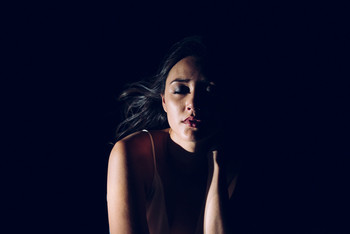 Out today, Dia Frampton partners with Yahoo! Music to premiere the official music video for “Dead Man” from her latest album Bruises (out now via Nettwerk Records). Directed by award-winning, Korean American filmmaker Andrew Ahn, the video is the first installment in a two-part connected series.

Both “Dead Man” and the yet to be released “Crave” are Ahn’s first venture into directing music videos. His first feature film Spa Night (2016) was a New York Times “Critic’s Pick” and hailed by top critics as “exquisitely observant” (New York Times), “impressive” (Los Angeles Times), “confident” (San Francisco Chronicle) “absorbing” (The Hollywood Reporter) and “fresh-faced” (Slate Magazine). SpaNight won the John Cassavettes Award at the 2017 Independent Spirit Awards, as well as festival jury awards from Sundance, Outfest, the San Diego Asian Film Festival, and the Inside Out LGBT Film Festival. Ahn graduated from Brown University with a degree in English and received a Masters in Fine Arts (MFA) in Film Directing from the California Institute Of the Arts (CalArts).