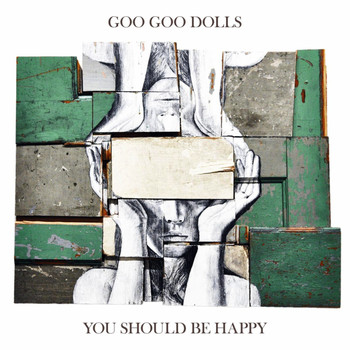 Multi-platinum, Grammy-nominated band Goo Goo Dolls today announce the release of their new 5 song EP You Should Be Happy, via Warner Bros. Records. The EP was recorded at EastWest studios in LA and produced by Drew Pearson (OneRepublic, Katy Perry) who first collaborated with the band on their previous release, Boxes. The first single, Use Me was written by John Rzeznik and Drew Pearson. The EP is available at all digital retailers, and will also be released on CD June 9.

Also announced last month, the band will hit the road this summer for their Long Way Home tour with special guest Phillip Phillips. The tour kicks off July 14th at the Shoreline Amphitheatre in Mountain, CA and will run through mid-September, culminating at the Greek Theatre in Los Angeles, CA on September 13, 2017.