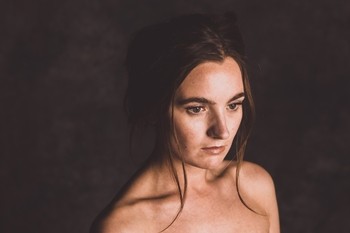 Amsterdam-based singer-songwriter, HEBE will be releasing her new single “Tell Me” produced by Jack van de Ven and co-produced and mixed by Huub Reijnders, on the 12th May via HEBE MUSIC ahead of the release of her upcoming 9-track album of the same title. ‘Tell Me’ has already gained support in the form of a premiere from the 405 and a video premiere from Noisey. Her previous single ‘I Knew It From The Start’ yielded over half million plays on Spotify and lead her perform at the North Sea Jazz Club Amsterdam, Share A Perfect Day Festival Beekse Bergen as well as performances at Magneet Festival and the Sugar Factory in Amsterdam.

Born into a family of artists, HEBE’s father is a film and documentary director, her mother is a theater designer and teacher at The Rietveld Academy and her brother is a visual and light designer, which helped pave the way for her career in music. After graduating from the The Conservatory of Amsterdam (2014), 25-year-old Hebe Vrijhof released her 6-track debut EP, “The Beginning” in October 2015, which allowed HEBE to show the world a personal profile of herself. Stating Rhye, Lapsley, Lianne La Havas, James Blake and Van Morrison as influences, HEBE’s sound is both uplifting and melancholic at the same time, employing a wide range of tones in order to find the balance between the melancholy and power in her tracks.