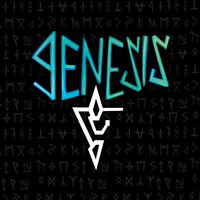 Mercury And The Architects’ latest and newest 7 day old track “Genesis”, was quite the eye opener but when the track played through and got to the 2 minute mark, that is when the track fell flat. The track opens up to be a rock based genre of material. But once it hit that 2 minute mark point, it switched genres of going from rock based, to rap meets hip hop based, with its genre switch up having it soon return to its original form of the rock based genre. The switch up that this track has done makes the song more of a disappointment.

The way the song plays out when first listening in, makes the song be promising to the ear. But once the genre switches into play, it throws the song off course, having it sound nothing like it was before. It makes the song less entertaining it was prior. Even though the song returns to its rock genre skin maintaining it to the end of the song. That mishap at the 2 minute mark just makes the song not as great as it could have been if it had remained in one genre of choice.

As far as the band goes that is Mercury And The Architects they have got the talent and it does show within this track. The vocal range is done well, very easy going with some edgy to it. Whereas the instruments portions are upbeat and easy listening to the ear. Both of which go quite well together, clasping hands if you will, not wanting to let go. While the rap hip hop moment briefly noted in the song does occur, it does allow the song to stretch out, expanding their musical abilities as musicians, which is good, but again it does make the song not as well as it could have been without this moment placed in.

The “Genesis”, track as a whole though, is interesting, decent quality, has some flow source running for it. It is entertaining at times, having the band even sound slightly like Muse meets Interpol if you had to place them at a comparison front. That is the style of choice that Mercury And The Architects gives out. If you are into those acts or the style of choice they provide, then that is what these guys are doing with their variation of music.

Both song and the band as a whole, do play out well to say the least. The other material that Mercury And The Architects, has released is decent in all sides. They have got the skill and mind set in hand, to go places with their creativeness. Just may want to sway away from that hip hop rap aspect, as it doesn’t appear to suit them as well as they may have hoped. That style may work for other acts within that genre, but for these guys, they may want to stick to just the rock based genre, as it fits them more so than any other genre out there.