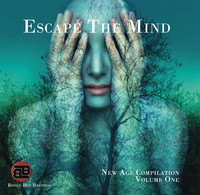 NEW AGE music is often instrumental in nature, incorporating elements of electronica and non- Western instrumentation. It is characterized by the light melodic harmonies and sounds reproduced from the natural world.

It is intended to promote serenity, create artistic inspiration, and relaxation. Used by listeners for yoga massage, and meditation, it is often associated with environmentalism and New Age spirituality.

Starting things on a blissful tone is the radiant hues of Robert Slap’s “Healing Temple”. With such tenderness, the way the song unfolds gives it a naturalistic feeling. Completely wordless, the song represents a neat intersection between the electronic and the acoustic.

“Sanctuary For The Soul” offers a gleaming take on modern classical, with the Janice Lacy Project choosing glorious color for the composition. Everything simply work, especially the fragile work of the piano. The strings add further flavor to the work as it grows in power.

Tom Baker taps into early ambient electronica with the spirited “Wings Of Grace”. Stripping the sound down to the absolute essentials the song has an undeniable crystal clarity. Nearly ritualistic the song feels akin to that of a small joyful gathering of people.

Percussion takes on a bossa nova tactile quality on Deborah Henriksson’s “Soulscape”. Within this piece everything adds to the rhythm from her lovely lilting voice to the staccato work of the guitars. The strings add to the rather reflective nature of the track.

A distinctly 80s neon enters the sound on Robert Slap’s laidback “Sahara”. With many layers working in unison the song teems with life. Synthesizer is used with the utmost of grace as the song takes on a distinctly beachy approach.

Soulful in style is Charles Brown’s “Maroon Highlands” where the triumphant sound works wonders. Working itself into a classical symphony the song feels so graceful. Guitar work adds to the spirted adventurous sound.

Lynn Yew Evers delivers a luxurious, resonant mood with “Finding You”. Rich and deep the piece explores an interesting mix of styles, neatly merging late night vibes with mellowed jazz and classical elements. Quite soothing in its way, the saxophone punctuates the piece feels reassuring.

Rob Mullins delves into a glorious style on the passionate “No Secrets”. Featuring some skillful piano playing everything comes together in something that feels real and vital. Sweeps of synthesizer only further emphasize this celebratory spirit.

On “Full Moon” the Janice Lacy Project delves into a glowing atmosphere. Almost surreal at times the song comes together in rather low-key ways. Letting electronica merge with jazz gives it a dreamy approach.

Nimble in style is STEEL’s calming “Yangon ft DJ K-LA”. Guitars flutter about with great purpose. Anchoring all of this are the steady, consistent beats that give it a hip-hop flavor. The occasional interjection of vocals merely adds to the otherworldly presence of the piece.

Pamela Davis chooses a gorgeous work with “New Horizons”. Within “New Horizons” Pamela Davis lets the piece build itself into a neatly steady tempo. From the delicate sound of the guitars to the light rhythm, it all works.