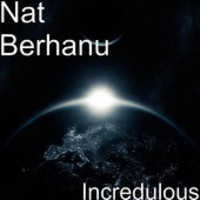 UK based electronic musician and writer Nat Berhanu is a multi-instrumentalist who has music deeply woven within his soul. Berhanu’s creativity gets a free ranging workout on his full length release Incredulous and, over the course of its eighteen songs, he explores different emotions and textures through his music. This is an largely instrumental album that doesn’t feel diminished by the lack of vocals and, despite its clear aim of entertaining club goers, to label this pure fun without any real depth entirely misses the point of what he’s doing. Electronica music is often derided by purists as a form incapable of making tasteful, substantive artistic statements, but Berhanu doesn’t have anything to do with that point of view. His music bristles with tremendous energy and has more than enough melodic value to enchant all but the most narrow-minded and cynical. Listeners will likely finish this album a little incredulous – at the sheer amount of musical creativity producing this outpouring.

The first track, “Party House II”, opens Incredulous at a brisk pace with minimal instrumentation, but quickly gathers momentum and adds numerous understated melodic elements along the way. The electric piano and synth lines coloring the track have a light touch and their bright sheen gives the song a decidedly upbeat air. Berhanu embraces atmospherics much more on the second track “7 Pence” and it nicely augments the bouncy tempo. His focus on investing the performance with atmospherics missing in the opener persists throughout the duration of the song while never sounding inconsistent with what has come before. Melody emerges early on “At the Summit Jaml” and the quietly percolating percussion and sets an early tone. The drums are much more varied here than the earlier songs and the dominance of synthesizer surfaces never tires listeners thanks to its melodic strength.

The track “Beauty of the Sky” has a much more expansive feel than many of the other songs while still revisiting the hard-hitting percussion defining the early numbers. “Buzz Soul” is a slightly darker, more intense hue than earlier songs, but retains enough commonality with the other material that listeners won’t be jarred. “Guests & Strangers” has a tightly wound beat that synthesizer lines flash over with quicksilver subtlety. There’s some of the atmospherics heard on earlier songs working here and the nuance he fills the song with is quite inviting. There are also some glimmers of new synth sounds, sometimes almost guitar and horn-like, rising up from the mix. “Feast of the Sun” has some interesting rhythms and some of the same darker colored intensity defining the earlier “Buzz Soul”, but it has an ascendant spirit and more outright energy. The album’s closer “Exit Signs” is one of the album’s shorter tracks and finds Berhanu incorporating yet more sounds into his sonic palette, but it’s the striding quality of the electric piano that makes this a real winner. Nat Berhanu will impress many with this release – it may be a little too long, but it’s beyond dispute that he wanted to make the deepest of impressions with this album. He succeeds quite nicely in doing so.