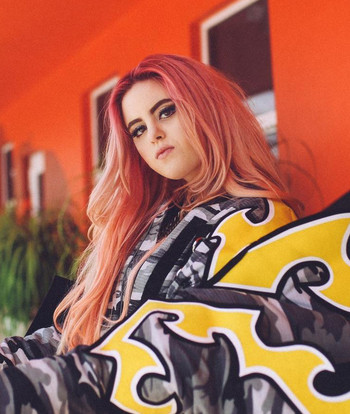 Just days before embarking on a 40+ city tour and taking the stage at Coachella for the very first time, Atlantic Records recording artist KIIARA drops new track “Whippin” feat. Felix Snow. The release of “Whippin” arrives just in time for Kiiara to join The Chainsmokers on their Memories: Do Not Open Tour, which begins tomorrow night in Miami, FL. Before playing to arenas across North America however, Kiiara will take a quick detour to Indio, CA, making her Coachella debut and playing the Felix Snow-assisted “Whippin” in front of a packed crowd of thousands.

The latest news follows an already massive year for the singer, who’s most recent collaboration with Linkin Park, “Heavy,” continues its climb up the charts, breaking the Top 20 on Billboard’s Top 40, Adult Top 40 and Hot Rock Songs charts. Kiiara’s breakout 2016 saw the multi-platinum success of debut single “Gold” as well as her very first headlining ‘low kii n savage af’ tour. “Gold” boasts over 370 million streams to date and reached the top 5 at Top 40 radio, the top 10 on Billboard’s Rhythmic charts and the top 20 on their Adult Top 40 and Hot 100 charts.