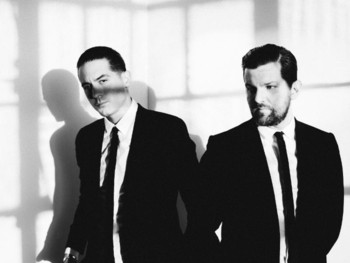 The propulsive “Say Less” is a years in the making collaboration. “G-Eazy and I had been talking about making a record for the past four years but our insane touring schedules never let us get in the studio together,” said Francis. “In the beginning of the year it finally worked out when we were both in LA. One session turned into three and now we have our glorious song that we are so proud of.”

“Dillon’s been the homie forever and we’ve always talked about collaborating, so this song was inevitable,” added G-Eazy. “It’s basically the bridge that connects two worlds — it’s where we meet in the middle creatively. It’s a party track about meeting a girl at a music festival and finding love under the influence of multiple illicit substances. It’s about being straight to the point… say less means say no more.”