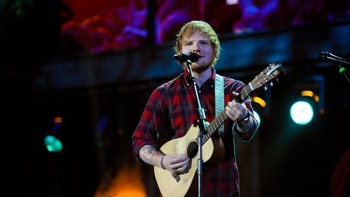 Ed Sheeran fans all over the world have lost their minds this month as the UK artist’s new album, “Divide,” was released on the third. Fans are going crazy over more than just his new music. After taking a nearly two-year sabbatical from the public eye, Ed Sheeran announced a new world tour.

He will begin the tour in his home country and move to Ireland, South, and Central America, Mexico, and the United States. Ticket sales for tour dates in the UK and Ireland began in January, and have long since been sold out. Ticket sales in the United States seem to be swiftly following suit. Here are a few helpful tips for grabbing the best available tickets.

There is always a good chance of grabbing a nice pair of seats by going to one of the major online ticket distributors like Ticketmaster. If fans are early and get through their CAPTCHAs quick enough, they typically have a good chance of pulling good seats.

Sometimes, the venue’s website is the only online host for the ticket sales, but the same rules usually apply. A fast internet connection and some fancy click-work will secure a dreamy experience with Ed Sheeran.

Purchase tickets with a mobile phone

Most online ticket host sites have some very capable mobile versions of their platform as well. If a desktop or laptop is not handy, there is always a chance of getting great seats through the mobile version of Ticketmaster.

Mobile technology in the U.S. is not quite as fast as it is in other countries, but mobile access will still pull suitable seating. The fear with Ed Sheeran’s tour is that fans are not even getting a fair chance to buy tickets before they are all sold out. It may benefit fans to know several different buying methods.

Go to the concert venue

It is not a bad idea to physically go to the place where the concert will take place. Arrive early, and by early, we mean the night before. Pack a sleeping bag, some snacks, and the best pair of sunglasses in the house and get out there!

Though some venues are a bit picky and testy about letting fans camp out like they did in the old days, most places do not mind a few concert campers. Buying tickets directly from the venue will assure decent seats, as most venues have an allotment of tickets that are only sold at the physical location.

It always helps to get the inside scoop on ticket sales by joining the artist’s fan club. Fan club members usually get specific entry codes to enter the pre-sale ticket sales.