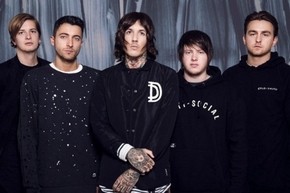 Upon release this September, That’s The Spirit was the #1 selling album in its first week in the U.S. The monumental chart entrance also marked the band’s highest career debut in the U.S., besting their 2013 breakthrough album Sempiternal’s first week sales by more than double. That’s The Spirit’s lead single, “Throne,” is currently a Top 5 hit (No. 3 this week) at Active Rock radio here in the U.S. Around the globe, That’s The Spirit scored the band a third #1 in Australia, #1 in Canada and reached #2 in the U.K. and New Zealand. The album debuted in the top 10 in more than 16 countries and hit #1 on iTunes Album Charts in 19 countries.