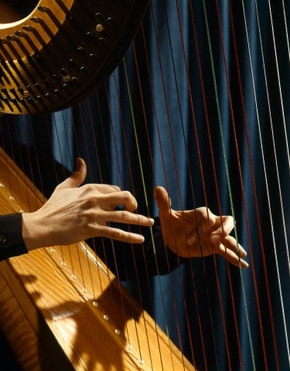 Buy instruments with the latest coupons on CouponAnnie

According to Guitar Junky the earliest recorded string instruments were discovered to have been used in Ancient Mesopotamia in 2500 to 3000 BC – lyres were stringed instruments that had a wooden body and bows, and were held against the body. Lyres provided the basis for what we understand as the classical harp, and have been reproduced in the 20th century, with the originals stored in locations like the British Museum.

During the medieval era, stringed and bowed instruments began to emerge around several designs; in the Middle East, the rebec used a half pear shape and three strings for vertical playing, and acted as an important precursor to the violin. The fiddle also originated during this period as a three to fivestring instrument with a larger body than the contemporary fiddle and violin. Other instruments from the medieval period include the gittern, a bulky, flat bodied instrument representing a single piece of wood with four strings – this acted as one of the early prototypes for how we’d later understand the guitar.

In the Renaissance, the violin and other instruments began to be refined to include the vielle and the rote as further adaptations to bulkier earlier instruments. Plectrums and more detailed fingerboards also became more common, leading to the classical violin of the 17th century as one of the main instruments of the Baroque period; players like Vivaldi and Bach used the violin to explore new musical forms, while designer Antonio Stradivari produced more than 1,000 violins.

Better string technology during the Classical and the 19th century Romantic periods saw violins and other stringed instruments like the double bass benefit from mass production, as well as from the development of cheaper instrumentation; woodwind string instruments remained a key part of orchestras, with double bass, violin, viola, cello, and harp playing firmly established as key examples of classical music going into the 20th century. The sound created is beautiful and compares to the sound of the strings for your mandolin.

Changes to string instruments in the 20th century included new amplification technologies that allowed for electric guitars and violins, as well as electric double bass playing – magnetic and resonating technologies were able to produce a wide variety of electric playing styles, with the electric guitar emerging as a clear alternative to acoustic and Spanish guitar playing. Steel strings and easier pickup technology helped string instruments to achieve amplification and portable playing.

Modern day country music often utilizes the same band instruments as any other music genre–drums, guitar, bass and piano. Traditional country music includes instruments such as the banjo, fiddle, string bass, and even the accordion.

Jazz also became associated with electric violin playing from the 1920s, with more recent electric violins being integrated with MIDI playback technology. While electric violins and double basses are much less common than electric guitars, the versatility of the Baroque violin’s design remains important to how orchestras and bands can play with the traditional strengths of string instruments.

Author Bio
Mann’s Music have over 150 year experience in the field of musical instruments, established way back in 1854 by Fredrick Mann. Mann’s Music stock a wide range of instruments including Fender electric guitars and Roland digital pianos to name just a couple. Our dedicated and enthusiastic team have a depth of knowledge to ensure you select the right musical instrument for you.

2 comments for “A BRIEF HISTORY OF STRING INSTRUMENTS”