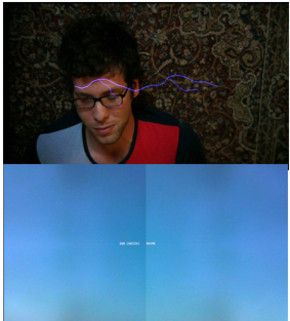 Juviley will be releasing his third album, Our Choices Rhyme, via video game format. As the player advances to a new level, they are able to download a new track to the record, an animated gif created by Juviley’s excellent programming team, as well as secret notes, and the album booklet.After completing the first level, the player wins two tracks, including a remix of Juviley’s “The way that we bend and dent,” by Matt Walsh of The Forms. The prizes in the game are all named after different sea creatures, which are Zubalsky’s biggest love after music. The background visuals to each level of the game were created by different visual artists including Oren Lahav and KolbrÃºn ÃžÃ³ra LÃ¶ve. Our Choices Rhyme will be released via The Youngest, and will be out Friday, November 11, 2011.