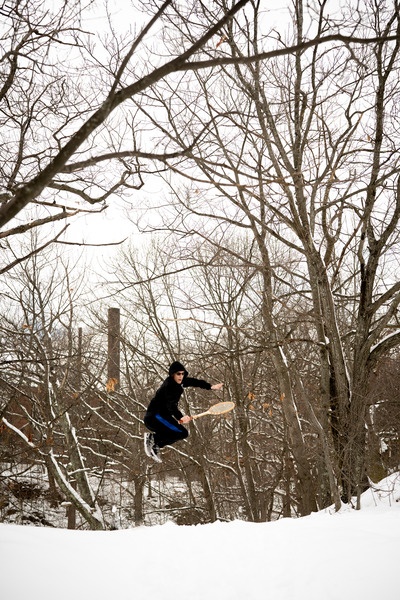 Chill out, tune in, and turn up: this is Major Spark. Hailing from the winding streets of Boston, MA, this band will take you on a wild ride through the world of music. Armed with a fleet of sensational influences—from psychedelic shredders like Hendrix and Black Angels to mega pop artists like Rihanna and Sofi Tukker to new wave acts like B-52s and New Order to intimate storytellers like The Shins—the band is a transmogrifier of sound. The group does more than just replicate their heroes’ sounds: they blend, twist, and blast them to new dimensions. Singer, songwriter, and guitarist Mark Goodman has rubbed shoulders and jammed alongside some greats, like Violet Underground drummer Moe Tucker. And producer/multi-instrumentalist Brian Charles has crafted genre-bending masterpieces with the likes of Chad Stokes of Dispatch and The Shelia Divine. The duo and a merry band of cameo’d talent are currently working on a string of singles to zap your days with a bit of cacophonous caffeination.

The latest fire lit by Major Spark is their single “Birds Aren’t Real.” This seemingly playful homage to the satirical conspiracy chants and levitates over a rollicking Tom Waits-esque piano romp. Propelled by power chords, Goodman’s matter-of-fact vocals spell out the story of government-made surveillance birds and beg the question: which animal will be replaced next? As an added bonus, a little birdy told us the haunting lore that the song was written and recorded at Zippah, Brian Charles’ studio—just nights before an unexplained fire burnt it to the ground… is something suspicious going on? Are there people out there who want to silence the Birds Aren’t Real movement?

The music video for “Birds Aren’t Real” presents an assemblage of government footage gathered and edited by Philip Stevenson (head of Nightworld Records). The series of images paint a picture of the government’s obsession with birds and human surveillance. The retro clips (which even include footage of real birds – remember them?) beckon to a time of “big brother” authority and oversight, now carried out in heightened sophistication by the domestication and/or transformation of animals into automatons—hopefully creating just enough paranoia to get your feet tapping.