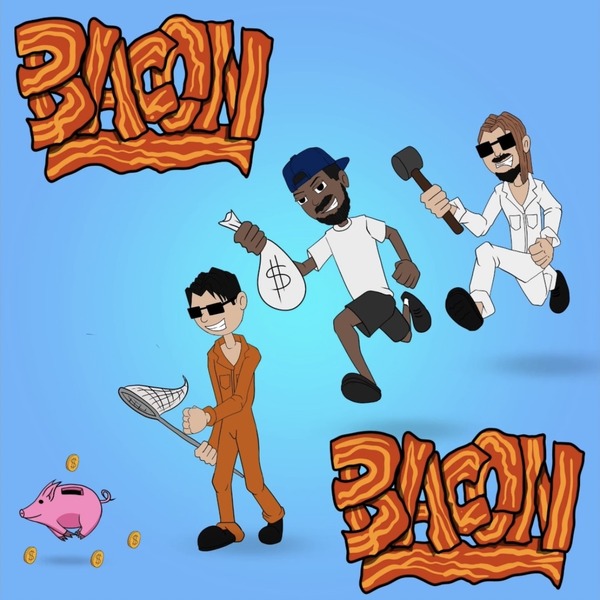 Bacon might seem like an odd subject to rap about until you realise Lewis Carpenter is talking about metaphorical Bacon. Moolah, Benjamins, greenbacks, bread. Money. It’s a theme that runs through his music, but at least he is honest about making money for a creative form that he loves, so why not make that the message and put it front and centre?

Musically, he sits at the cutting edge of the rap revolution, taking the essence of the old-school hip-hop roots and 90’s rap pioneering artists and re-imagining it via skittering trap house beats, digital technologies, samples and beguiling electronica.

Some might see a track like Bacon as sitting at the head of the current wave of urban music. But I would go further than that and say it is paving the way for the next chapter of the rap genre. Lewis Carpenter is an artist less interested in where the genre is currently and more interested in where it goes next.