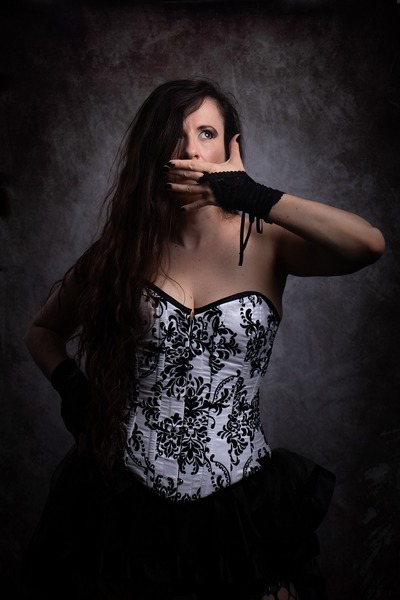 Louisiana death metal trio FAUSTIAN — featuring members of Barghest, Kavyk, and others — has premiered its debut music video, “Birth of Apparitions,” via Lambgoat. The band’s self-titled debut EP is out now via Black Lion Records.

The three singles garnered positive press, accolades, and radio support from tastemakers, including BBC’s Sir David Rodigan, which added to the anticipation for the album. Now the wait is over with Spirits Eat Music finally dropping on all digital platforms through Easy Star Records. Simultaneously, vinyl and CD editions of the record can be pre-ordered, along with a new, exclusive T-shirt design. All copies pre-ordered will be autographed by the band. The physical versions of the album will be released January 13.

Social media, constant internet connectivity, and a bottomless pit of not-so-reliable information always aimed at attention attraction are bringing the world to a boil. The Otherness calls for young cultural rebels to stand up and get loud in its latest single, “A New Resistance.”

Manchester-based producer Rohaan is a new breed of producers currently riding in on the next wave of drum & bass. He is making his debut appearance on HARD Recs, delivering the first in a string of singles leading up to his forthcoming EP next year. “Euphoric” is a breathtaking liquid D&B single whose main elements are built around manipulations of his own vocal work, which fills the spaces between an uplifting female topline, intricate breakbeat drum patterns, and endorphin-inducing melodies.

Jaded Truth unleash a new video for their track “Lapse In Judgement” from their upcoming album – Take A Seat. The video recently premiered via The Ripple Effect and the feature can be found here –

The track formally introduces the United States to this international force of nature. Over a high-energy and unpredictable Amapiano beat, she launches into a kinetic flow, dipping in and out of the production with proclamations such as “It’s my time, and I’m gonna decide how I use it” and kickstarting a rapid-fire cadence. Meanwhile, multiplatinum Detroit phenomenon DDG rolls through with a quotable cameo of his own. In the accompanying visual, Sho Madjozi engages in a high-stakes underground dance-off complete with downright incendiary choreography and no shortage of energy.

They are a Metal band from Thane who have been around the Metal circuit in India as a live band for more than 7 years and have played 50+ Metal Gigs. Have toured many Indian cities and wants to explore new adventures with touring new countries and cities.

Fledgling Australian producer ELAC is on a mission to synchronize his influences of late aughts electro house and new-age festival music. He is making his debut appearance on NIGHTMODE with his new single “Forge,” which combines squelchy basslines, squawking vox riffs, throwback electro melodies, and euphoric arpeggiations. The project debuted last year on the deadmau5’s legendary mau5trap imprint with his maiden single “Blare,” featured on the label’s 19-track ‘Electromag’ compilation album.

Barbados-born Zeeteah Massiah returns to her Reggae roots. The album contains 11 tracks and was released on November 18, 2022.

Zeeteah says: “This new album is a return to my reggae and dancehall roots, enriched with spicy flavours of jazz and soul. We’ve been working on it all year, and it’s great to be getting such an amazing response now that it’s out in the world. Every single song on it is very special to me.”

Popular singer and songwriter Timea Göghova, who has impressively amassed over 1,300 subscribers on YouTube with her mesmerizing mix of folk, jazz, and world music, has released a new song and video, “Stranded.” Featuring only the guitar accompaniment of Mikail Kuhnert, the strong ballad highlights Göghova’s typically strong vocal performance.