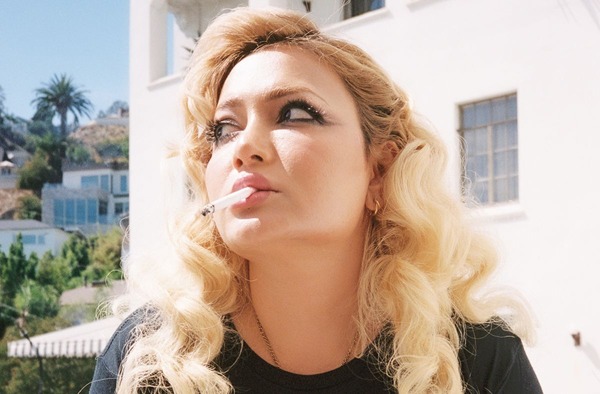 “The Blues of Ragnarok”, was originally released on their latest album ‘Ritual’, and has been reworked in western-inspired ways. Releasing the new transformation of the song, the duo combines their captivating signature throat singing with rhythmic sounds, matching guitar riffs and melodic elements, immediately drawing the listener into its ethereal soundscape.

Dave Thomas Junior has a penchant for creating emotional yet comforting music. “I heard Henry Shukman talking about the first time he had a samadhi type experience, looking at a boat on the horizon as the sun set. I made this song while I was thinking a lot about that, so hopefully it has a tiny drop of that sort of calmness contained in it,” states David Thomas Junior about the track’s inspiration.

Gotta Get Back To My Baby by BECK BLACK

Today, multi-platinum rock band Disturbed release Divisive, their eighth full-length album, via Reprise Records. Bulldozing the way for the record, the group have previously released the unpredictable and undeniable new singles “Unstoppable” “Hey You,” and “Divisive.” “Hey You,” the album’s first single, emerged as their 15th #1 single at Rock Radio. At the same time, it has already gathered 25 million-plus streams and counting, only increasing anticipation for Divisive.

Today Australian singer-songwriter Elizabeth M. Drummond releases her 6-track debut EP entitled “Congratulations.” Collectively you’ll find a smorgasbord of moods across an indie-rock soundscape featuring some of the best songwriting you’ll hear on a debut EP released in 2022. You can listen immediately to the EP digitally, including new single ‘Underground,’ out via new talent label Young Poet.

Ela Ozturk Goes Back To Her True “Roots” In New Single

Soulful pop artist Ela Ozturk has just released her new poetic single “Roots.” This stripped-back and truthful song is full of unique instrumentation and passionate vocals that will strike the hearts of listeners while encouraging them to be their authentic selves. “‘Roots’ focuses on rebuilding yourself after someone has broken your connection with who you are,” says Ela Ozturk on the deeper meaning of the song. Her inspiring message influences the audience to take control of their lives and build the person they want to be after losing their way. “The lyrics describe a comeback story,” explains Ozturk.

Acclaimed singer, songwriter and poet Lux Lyall has released her brand new single ‘Draw Blood’, described today by Wonderland Magazine as “brimming with haunting melodies and seductive harmonies”. It is the latest song to be taken from her forthcoming second album Runaway Bride out next year via Smoking Mermaid Records.

An infectious, pumping house version of the 90s classic of the same name, ‘Superstar’ sees Belters Only tap into their trademark blend of euphoric build-ups, feelgood piano chords and soaring vocals. A viral smash in the making, the first TikTok teaser of the track has already amassed over 850,000 views. The new single has been their most requested record all year with huge demand from fans after being played in their sets all Summer.

Ela Ozturk Goes Back To Her True “Roots” In New Single

Soulful pop artist Ela Ozturk has just released her new poetic single “Roots.” This stripped-back and truthful song is full of unique instrumentation and passionate vocals that will strike the hearts of listeners while encouraging them to be their authentic selves. “Roots” is available on streaming platforms worldwide.

Today, Nettwerk is excited to announce the signing of LA-via-Portland queer singer-songwriter Olive Klug (they/them). A key player in the new wave of contemporary folk artists, Olive Klug is known for their beautiful tone, vividly honest storytelling, and modern lyrical sensibility. Their style takes inspiration from genre icons like Joni Mitchell and Brandi Carlile as well as modern favorites like Lizzy McAlpine and Adrianne Lenker. In conjunction with their signing to Nettwerk, Olive Klug shares their new single “Out of Line.”

Written by Nate alongside Mary Kutter, Chris Sligh and Paul Wrock, “Wreckage” first captivated fans when he shared part of the song on his social media platforms, growing his collective following by 270k+ since the first time he previewed the track. The gripping and emotive song will be featured on his upcoming, self-titled album along with his current Gold-certified single “Whiskey On You,” which is Top 15 and climbing at country radio, as well as recent releases “I Found You” and “I Don’t Wanna Go To Heaven.”

The past year has been a whirlwind for Nashville based guitarist, singer, songwriter JD Simo as he today releases his innovative take on John Coltranes’ “Afro Blue” the next single from his upcoming LP, Songs From The House of Grease out on January 13, 2023.

Speaking about the track, Lewis says: “Enchanté! I grew up listening to dance music from all over the world and Enchanté is a cocktail of my favorite influences from Chicago to Paris, all written and produced in London featuring Clementine Douglas on vocals. Enjoy!”

For teenagers, I think falling in love can feel like an act of defiance. It’s a moment you step away from childhood and move closer to the person you imagine you might become. Emily, named after the ever-iconic Emily Dickinson, is about the giddy throes of a young romance. It’s about tumbling head over heels for someone who probably won’t stick around, and not really caring, because being with them – even for a matter of weeks – feels like a glimpse into some great, bright future.