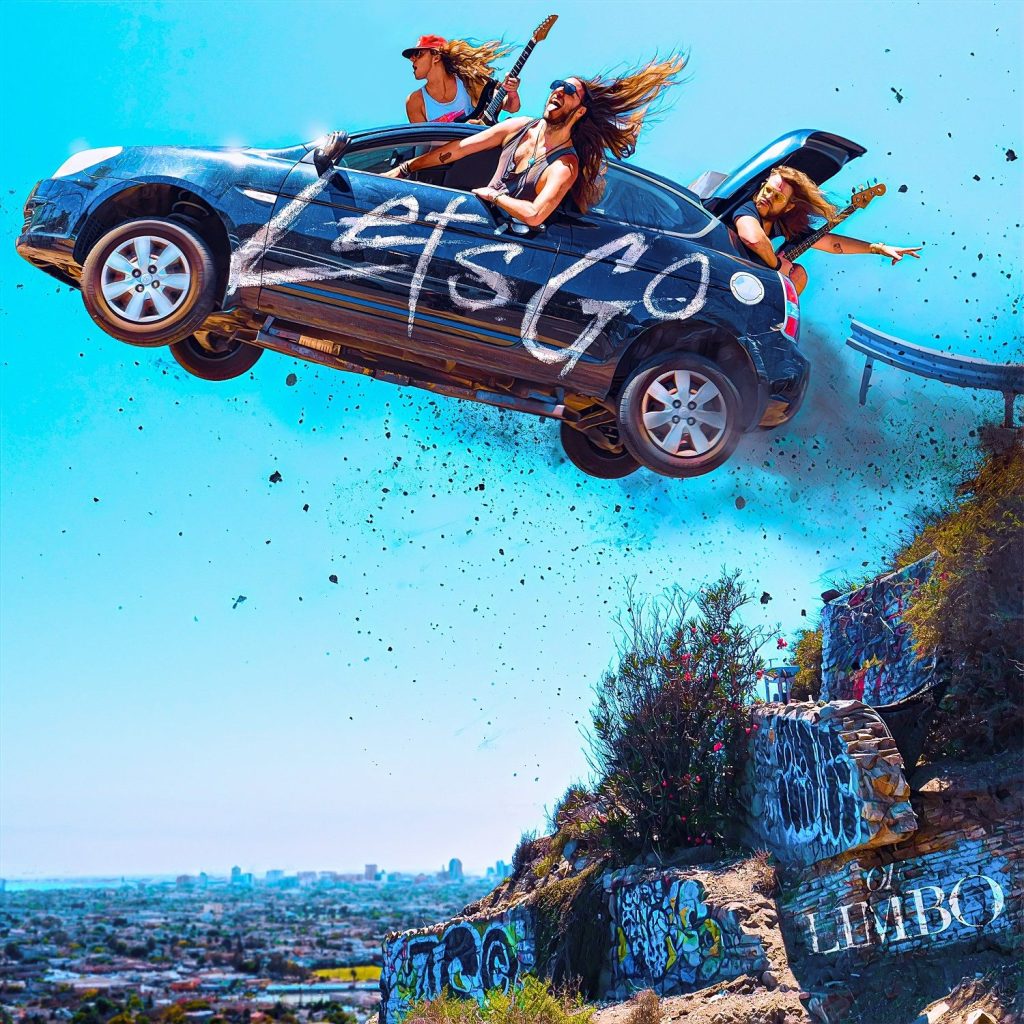 At times suffocating and uncompromisingly groove-focused, there’s no getting around the riffing in Of Limbo’s new single “Let’s Go,” their latest potent dispatch from the recording studio currently out everywhere alternative rock is sold this November. You can’t have solid rock of any sort without some righteous riffage serving as a foundation to every sublime moment the music can offer, and in this sense, “Let’s Go” is no different from the other tracks this band has released in the past. What sets it apart in my mind is it’s colorful aesthetic, which channels much of the group’s desert/stoner rock leanings into something even smoother and far more slender in comparison to the wallop of mud many of their rivals are producing this year.

The chorus in this single features a wonderful manipulation of tension that, later on in the song, is turned around on us to yield nearly thirty seconds of pure cathartic bliss. Of Limbo are good at utilizing atmospheric tones and textures without getting too spacy with the framing of their lyrics, unlike a lot of the other bands to arise from the ashes of grunge and desert rock, but this single takes their experimentation in a different direction than I expected. They’re still freewheeling and indebted to the raw end of the rock n’ roll spectrum, but this has a non-production-related polish that makes it stand out, even after a single listen.

Construction-wise, “Let’s Go” is very much a heavy blues number in the shape of an alternative rock song. The delivery flirts with untold angst in the chorus, but there’s a case to be made that the band was listening to a lot of old school, early ‘70s metal when they were hammering out the EQ on the guitars. It’s a guilt-free crossover in so many important ways, and that’s tough to come by anymore when you take into account how many throwback bands fail to frame this same scheme the right way.

I would have liked just a little more focus on the bassline in the grander scheme of things, but in the end, the concept that Of Limbo was playing with here justifies the limited low-end depth. There is such a thing as being too heavy with a groove, and they circumvented any chances of that by keeping things on a simpler scale in the bass department. A non-classical upbringing on the concepts that make heavy music provocative has taught them a thing or two about making aesthetics that the masses can dig, yet I don’t think they’re letting that guide their creative goals at all (thankfully).

Longtime fans of Of Limbo and first-time listeners alike should find what they’ve compiled in “Let’s Go” a more than worthy addition to any fall playlist, and it would surprise me a great deal if I were the only critic saying so. I haven’t listened to their complete discography as intently as I should have ahead of this release but based on their latest work, Of Limbo seem like an act that has the potential to create some very headline-worthy heavy music in the next few years ahead.