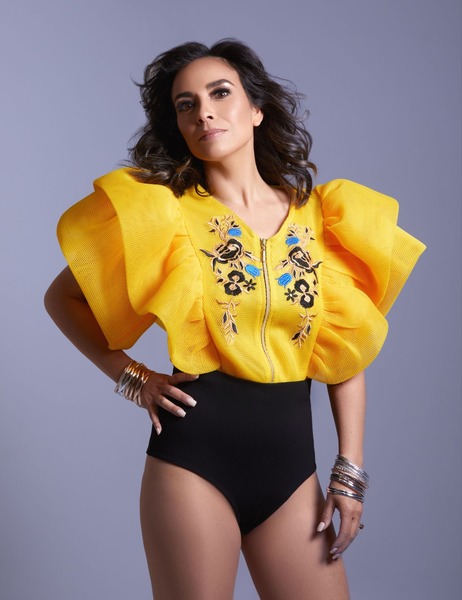 Tuba Mirum is an epic monument and unites three contrasting voices, large choirs and gripping instrumental interludes into a brute body of work that describes the turmoil of the world in all its facets. Tuba Mirum combines intense hope for a peaceful world with brutal reality. Neopera pulls out all the stops in this song to show the versatility of their own music.

On further news, DISILLUSION are now releasing the beautifully melancholic video clip ‘Driftwood’. The track is taken from the new album “Ayam”, which has scored several album/band of the month titles for example in Metal Hammer (DE) 7/7, MetalObs (FR), Metal.de (DE) as well as a #2 in the Soundcheck of Rock Hard (DE) 9,5/10, and a 10/10 in Ave Noctum (UK) among many other top reviews.

Today, LA alt-pop group Cosmo Gold share their much-anticipated debut album, Krong: a record, yes, but also an intergalactic sonic experience, and invitation to an alternate universe. Welcome to ‘Krong’ – a place to find comfort in doubt as a virtue. A self-aware, almost-utopia that sheds light on the humanness of hesitancy. Because they say, ‘follow your heart’ – but what if your heart is wrong? In their debut album, Cosmo Gold explore an alternate universe built around this question.

German death/thrash metal band Susurro have released their new single “Bloodbath”. The release was recorded at AKS Studios and mixed and mastered by Andy Lux.

Joshua Lewis Shares “I Was There” Single via Glasse Factory

Friction earns its breezy yet earnest tones from yacht rock, the core tenets of the genre offered in spades throughout. Ear-tickling melodies, like the parabolic sway of the vocal on opener “Thinkin’ About You,” guide listeners through crystal-clear production values and a storytelling bent both misty-eyed and microscopic in its detailing. This balancing act of simplicity and shrewd twists in formula stems from Lewis’ love of Steely Dan, masters of this tightrope walk. Said Lewis: “You can hear a song that’s so playful or sweet, and they just throw theory around like nobody’s business: pop sensibility with left turns to keep you guessing and keep your attention. I love that, I wish I heard more of it today.”

Last month, Weeping Icon returned after a nearly three year absence to announce their Ocelli EP (out this Friday on Fire Talk). The EP was announced with a single called “Pigs, Shit & Trash”, their first new music since the 2019 release of their thrilling self-titled debut, which generated considerable excitement, earning praise from outlets like FADER, Stereogum, FLOOD, BrooklynVegan and Revolver, who made comparison to Sonic Youth while describing the track as “so sick”.

Nashville atmospheric, post-rock duo Hammock have returned today with the single “UnTruth” b/w “Gods Becoming Memories,” to announce their 12th studio album Love in the Void, for a January 27 release via their own Hammock Music thru Secretly Distribution. The album was largely recorded in Nashville, co-produced with Grammy nominated engineer Chad Howat. The album features the ethereal voice of Christine Byrd (Lumenette), with Matt Kidd (Slow Meadow) bringing his spirit, piano skills, knowledge of technology, and orchestrating sensibilities. Pre-order the album here.