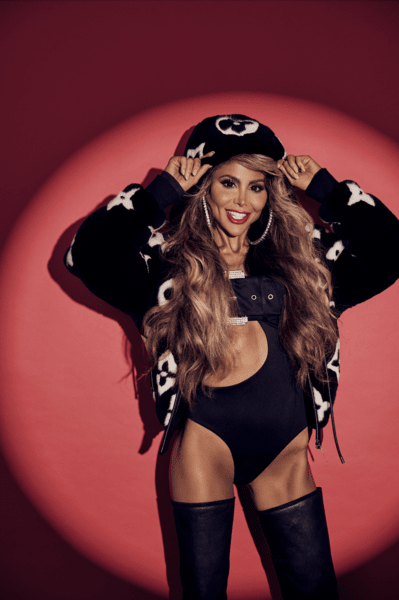 Following a busy summer with over 20 festival shows, as well as some gigs as support for Sportfreunde Stiller, the new single shows exactly the feeling of these eventful, but also grueling weeks.

The first single “With Dead Eyes” is now available on all streaming platforms and can be heard here:

Insanidade Releases Music Video For The Track “Set Me Free”

In this music video for “Set Me Free”, the band shows the energy on stage by selecting excerpts from some 2022 shows made by the public and some professionals. But the idea was always to privilege videos made by the public, to capture the “live” aura, because the music itself was made live. The clip was made by Diogo Fleury from the band Hellbenders.

Insanidade Releases Music Video For The Track “Set Me Free”

In this music video for “Set Me Free”, the band shows the energy on stage by selecting excerpts from some 2022 shows made by the public and some professionals. But the idea was always to privilege videos made by the public, to capture the “live” aura, because the music itself was made live. The clip was made by Diogo Fleury from the band Hellbenders.

The track “Set Me Free” is part of the full album “High Speed”, material that has 12 original tracks and production by Gustavo Vázquez at Rocklab Studio in Anápolis/GO -Brazil. The album shows all the maturity of the band, with a more cohesive, intense and energetic sound with influences from Hellacopters, Turbonegro, Scumbag Millionaire. The band rescues all the essence of Rock n Roll with a modern touch along with the roots of punk rock.

After having launched on platforms with Agüita featuring Fisher Showa and collaborating with Ambar Luna on “Solsticio”, Nfx presents his new single “Dangerous” ahead of his album STOP A Chilean Storytelling. The track speaks about how the system itself exploits and makes a profit from violence and the trafficking of substances, as if it were something good. In this way, the track strives to create awareness around a subject of increasing concern, since it can be seen in the media on a daily basis.

I’m an 18-year-old artist from Berrien Springs, Michigan. When growing up, you could find 6-year-old me sitting next to the radio flipping through channels and listening to everything that I possibly could. When people asked me what I wanted to be when I grew up, I would say “A Superstar”. It wasn’t until late into my junior year of high school that I started making music. It all started when my friends and I were bored and tried to make a song for fun. I realized I really enjoyed doing this and continued with the best dude in all of Berrien Springs. My friend Felipe Navia! I would record a track and then send it to Felipe to edit the vocals. 6 months into making music people were feelin’ the music and we got addicted to just creating. I started posting on TikTok regularly and gained the attention of many different people. In my senior year of high school, I accepted that music was what drove me and what I wanted to do with my life. Just recently I signed a record deal with an great indie label and I’m excited to see what comes next.

Traditional heavy metal band LEGENDARIUM have released their new song “Caelador, Destroyer” today on all streaming platforms. The track is from their album Death’s Hand In Yours which will be released on December 2, 2022.

Frontman Laurence Kerbov comments “Caelador, Destroyer is really just a very straightforward, no-bullshit heavy metal song. It’s a story I’ve been meaning to turn into a song for a long time, and I’m very pleased with the final result.”

Cathartic new single, “Bambi Legs,” was inspired by insecurity. When self consciousness rears its ugly head, it can lead to a lot of fear and second guessing. This is a lonely feeling yet we are oddly united in it as we all feel this way at least sometimes. The duality of the feelings in the lyrics through the instrumentation is magnified as the song sways back and forth between a heaviness to a more lightheartedness.

The talented Australian singer-songwriter, entertainer, and record producer BEHANI is ready to take the world by storm with her debut single, “Let Me Know” produced by powerhouse producer Scott Storch and released on her independent label, Stormness Records.

The band comments “The goal of ours was to capture that “Saturday Morning Cartoon” nostalgia, while showcasing the destructive force that is a “Belushi Speed Ball” show. Director, Beau Kaelin, completely succeeded in this challenge. The secret formuoli being puppets and a “Rocky III” montage of Belushi’s craziest members, our fans!”

Berlin-based Noraa releases final single “Matter Of Time”, ahead of her upcoming TwentyTwo EP. Releasing independently after a split from her previous major label, Noraa created this sonic gem with collaborator and friend deathbypeanuts. Noraa says about the track:

Following a string of East Coast tour dates throughout August and September, Jet City Sports Club release their latest single ‘Feeling It All’. It’s a track laced with Summer vibes, with its breezy hooky chorus sung with heartfelt emotion by lead singer Lilla Obradovic. The band once again worked with producer Fletcher Matthews (Clews, Sweater Curse) with mastering by George Georgiadis (Debbies, The VANNS) to deliver a gliding musical moment to round out a busy year for the Sydney quartet.

The new song debuted with Relix who said “For their new grooving desert trip of a track, which resonates on the same sonic field groups like Khruangbin, Bobby Caldwell, Allman Brothers, Unknown Mortal Orchestra, and Son Little so gracefully traverse, King Canyon recruited the slide guitar master to add yet another layer of silk to their already lustrous sound.”