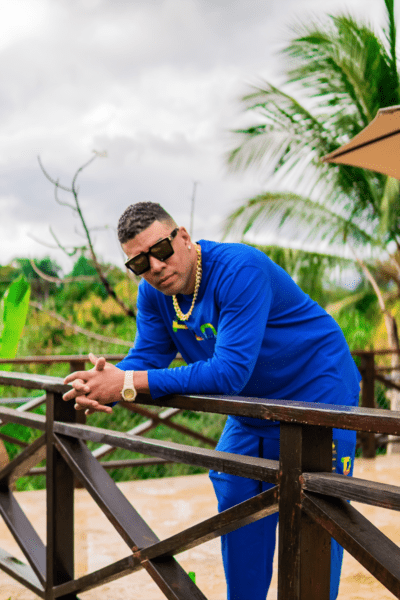 The “Ella Ta Bien” music video debuted with over 200,000 views in YouTube, filmed in one of most beautiful mountains in Santo Domingo, and choreographed by one of best female dance teams in the country delivering an amazing performance with worldwide appeal. Powered by an unshakable beat, he serves up thrilling verses before dropping an immediately super catchy chorus, while the video continues a tradition of party life visuals for Lokixximo with a full fun pool party scene , sexy dance moves, wild urban-fashion and nonstop adrenaline.

Lokixximo is widely recognized for leading and elevating the local New York Reggaetón scene into a cultural and musical phenomenon with his first worldwide hit “Noche Europea” featuring Dj Mesta, which premiered in the Top 10 MTV Tr3’s music video charts, fueling an explosion in popularity around the world. With a career that transcends language, geography and demographics, remaining one of the most influential names in the New York Latin Urban scene.

“Ella Ta Bien” becomes Lokixximo first project teaming up with Dominican super producer Nitido El Nintendo, the song debuted at No. 3 on the Dj Latino Hot Latin Songs chart and has become a DJ favorite in nightclubs, and now with the new music video trending in social media, this is looking to be his best release to date, a straight party anthem with all the crossover potential to top charts nationwide.

The music video was recording in Santo Domingo, Dominican Republic, the New York latin superstar , Lokixximo has a genre-bending hit on his hands with his new song “Ella Ta Bien.” Today, the Dominican superstar shares the eye-catching video for “Ella Ta Bien,” demonstrating the dance-inducing power that’s propelling the song up the charts. Seamlessly blending sounds from EDM and Brazilian Funk, “Ella Ta Bien” is a dancefloor-ready epic, complete with monstrous drums, gang vocals, and a thrilling beat drop, in which sirenic synths duel with triumphant trumpets. Directed by Lokixximo , the video for “Ella Ta Bien” makes clear that the song is an anthem for wild nights. Loki performs in a mansion in Dominican Republic, with the beautiful mountains as a backdrop, complete with the most beautiful, high adredaline dancers from Santo Domingo , the pool party continues until daybreak, when Loki gathers and friends dance under the moonlight.