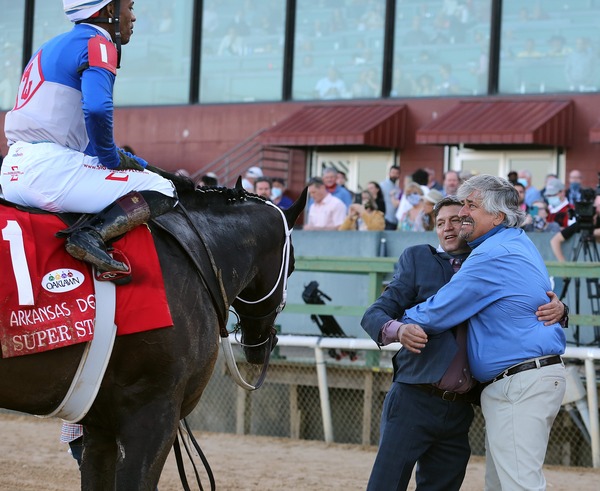 Steve Asmussen is one of Thoroughbred racing’s all-time great trainers.

He won the Eclipse Award as the United States’ Outstanding Trainer in 2008 and 2009. He joined the Hall of Fame in 2016. He is also the winningest trainer in history.

Among those 8000+ victories are a Belmont Stakes, two Preakness, and eight Breeders’ Cup races. He hopes to make it nine or more this upcoming Breeders’ Cup weekend, and he has several excellent chances to do so.

So if you are learning how to bet on the Breeders’ Cup, take a look at some of Asmussen’s best chances for victory and check out if it is worth a shot.

Epicenter is the de facto leader of the three-year-old males at this point in 2022, a point driven home by his confident win in the Grade I Travers Stakes over fellow three-year-olds Cyberknife, Zandon, Rich Strike, and Early Voting. Though Epicenter himself doubtless does not care about the tote board, Asmussen had to have been impressed at the bettors’ confidence in the horse: he was heavily favored in spite of the fact that all of the above-named horses had grade I wins, and, until the moment he crossed the Travers finish line, Epicenter had not.

A son of hot young sire Not This Time, Epicenter spent much of the early part of his season in Louisiana. He prepped for the spring classics with easy wins in the Grade II Risen Star Stakes and the Grade II Louisiana Derby. Epicenter was favored in the Kentucky Derby and in the Preakness, and he finished a willing second in both.

He beat a short but deep field in Grade II Jim Dandy Stakes before reasserting his dominance in the Travers. Asmussen has elected to train Epicenter up to the Classic, as Baffert did with American Pharoah in 2015. That means he will have a fresh horse, but also a three-year-old who may not be battle-hardened enough to successfully take on his elders.

Jackie’s Warrior was a graded stakes winner at age two who went on to become Eclipse Champion Sprinter as a three-year-old.

At four, he spent most of the season as one of the most highly regarded horses in training. He created a four race winning streak, taking the Grade III Count Fleet Sprint Handicap, the Grade I Churchill Downs Stakes, the Grade II True North Stakes, and the Grade I Alfred G Vanderbilt Handicap. The streak was snapped in the Grade I Forego Stakes at seven furlongs, finishing second to Cody’s Wish. The cut back to six furlongs, Jackie’s Warrior’s preferred distance, in the Breeders’ Cup Sprint should be beneficial to the brilliant Maclean’s Music colt.

Asmussen has the potential for a powerful one-two punch in this year’s Breeders’ Cup Distaff.

Clairiere, one of the leading older mares in the United States, has traded blows with her rival Malathaat throughout this year.

After a second in her 2022 stakes debut to reigning champion Letruska in the Grade I Apple Blossom Handicap, the four-year-old Curlin filly took control of the older mare division by chasing Malathaat down in the Grade I Ogden Phipps Stakes and then fending off a challenge from her in the Grade II Shuvee Stakes.

A bad loss in the Grade I Personal Ensign Stakes, won by Malathaat, was relatively easy to explain as her bad behavior before the race likely sapped her energy,

Society has the potential to stamp itself as a rising star in the distaff division. The three-year-old, by Gun Runner, has only six-lifetime starts, but five of those resulted in wins, and three of those wins came in stakes races. Her lone career loss was in Grade I Coaching Club American Oaks, her first foray into graded races, and she followed that with a win in Grade III Charles Town Oaks and a dominant victory in the Grade I Cotillion Stakes.

Society’s front-running style could soften the leaders for stablemate Clairiere, or it could set her up to steal the whole race if no one goes with her.