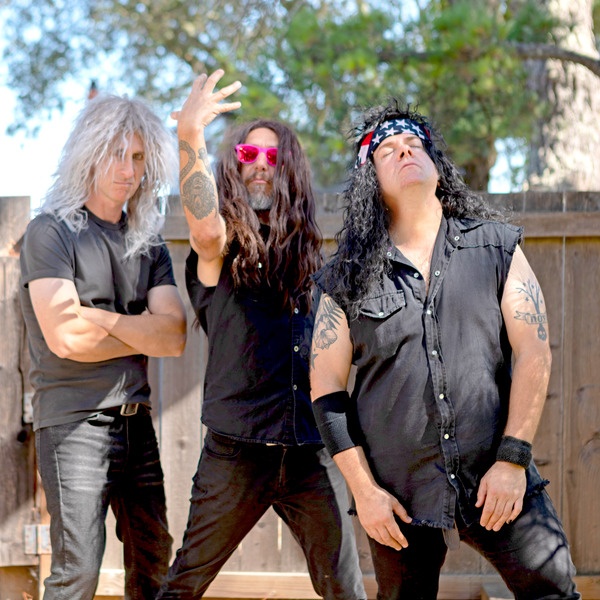 If it hadn’t been for Bach, would we have had modern sonatas? If not for Shakespeare, the question is to be or not to be for plays? Who knows who Greg Hoy would’ve become had his brother not significantly rearranged his brain chemistry with a set of headphones and Led Zeppelin’s “Whole Lotta Love” as an impressionable 5 year old. What we ended up with was an insatiable creative milking the ethos of rock-and-roll from every aspect of his incredibly productive life. Hoy juggles multiple group and solo projects, crushes sound engineering explorations, runs a record label, and, on top of it all, manages creative efforts for massive tech outfits. Like his shape-shifting life, his cherished child, irreverent rock group Greg Hoy & The Boys, morphs from city to city, cycling a roster of local talent to back the dynamic frontman’s high-octane reflections on life, death, drugs, and society. With the recent release of the Demons At Night EP, the man and his band are slated to melt faces in a city near you. You come for the classic rock you crave and stay for the transformative perspective and electric energy you didn’t know you needed.

The title track of the EP, “Demons At Night” features Hoy and his boys, Nate Fink (guitar) and David Richman (drums), towing the line between ode and satire of Van Halen-level metal. It takes precision to be reckless—whiplashing listeners with technical solos and driving drums—but it comes off effortless. Lyrically, Hoy foils his innate sense of fun with paralyzing insomniatic thoughts that dissolve in the daylight. Instrumentally, that shredding guitar solo, undoubtedly influenced by Van Halen on the red Kramer guitar, commands attention the same way the legendary rock band did for years before. Money, love, distraction, nostalgia… all circling the drain around skillful riffs and three-part harmonies.

The song’s accompanying video elevates the tribute to hair metal. Clip art tour vans ride along stacks of amps shrouded in demonic shadows as Hoy, Fink, and Richman kick, strut, and head-bang their leathery, feathery glory of throwback wigs and garb. What’s more, Rockin Ryan Stephen Richardson was kind of enough to join Greg Hoy & The Boys in shooting the video, so they actually got to include and ride around in his “Vanama” Van Halen-inspired van, which was created around the same time Greg Hoy wrote the song around Eddie Van Halen’s passing in 2020. The visual cacophony tastes like a drug-induced meaning-seeking ’80s adolescent daydream—a tongue-in-cheek exploration of “is this what we were hoping for?” for Gen X and Xennials. Ending the head-trip with a self-deprecating chuckle and a closeup to the Van Halen logo modified into a Greg Hoy one, he unmasks the facade, allowing us to settle back into contentment that we are not bound by what we once wanted to be—or feared we’d become. The demons of night will dissolve in the daylight of love.