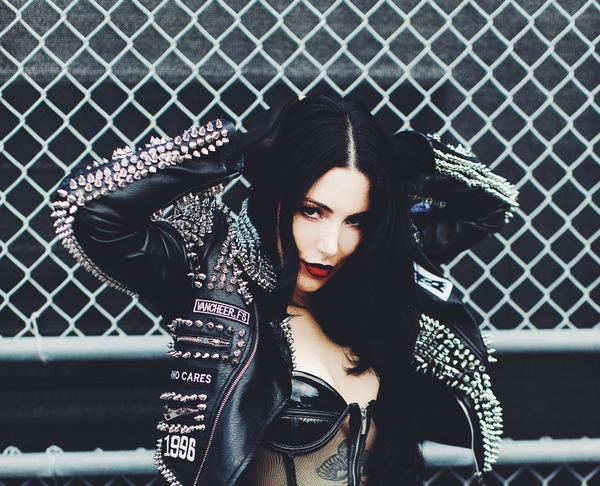 ‘You Save Me’ is the commanding new single from young Brisbane five-piece Fresco Kyoto. On this new track, they illustrate how their songwriting has evolved over time, going from strength to strength as they refine their sound and aural personality with comparisons to Rufus Du Sol and Hayden James. It’s the ultimate anti-love song.

“What better way to mark World Mental Health Day than with an auction to raise much-needed funds to help bring music-focused mental wellness programs to communities across Canada,” said AMP Executive Director Cori Ferguson. “We are blessed to have received an incredible line-up of donations from partners across the country, and I think we’ve got something that will appeal to casual and hardcore music fans alike.”

The new song Light Trip is all about letting go of baggage and not allowing the weight of life overtake you. It’s the third single taken from Marlowe 3 following Past Life and Royal. Powered by sleek Jazz horns and interweaving samples, Past Life is a contemporary adaptation to the beloved golden era Hip-Hop sound. The charismatic Solemn Brigham showcases his unparalleled rapping ability as he dives into the duality of living underground and just above it.

Blues-rock band Dorothy have released the video for their new single “Black Sheep,” today, going wide with a broadcast premiere on MTV Live, MTVU and MTV Biggest Pop. The single is currently Top 40 on Active Rock Radio, Mediabase & Active Rock charts. Directed by Nick Peterson, the creative is no stranger to working with the Rocktober goddess, having previously directed her in “Rest In Peace” and “A Beautiful Life” the first two singles from Dorothy’s current album Gifts From The Holy Ghost.

“If you go back and listen to my past content, it can be realized that I was eventually going to end up diving full throttle into the Horror world.” He grew up in Inglewood, California where he fell in love with music through competitive freestyle battles which soon led him to the underground hip-hop scene.

The track captures the frantic emotional state of having to pick yourself up day after day, powering through the exhaustion and monotony in order to fulfil your goals while there is no end in sight and the voices inside your head doubt your every step. Le Roi Soleil is set for release via Sliptrick Records on October 25th.

Featuring Prague’s Philharmonic Orchestra at their widescreen best, ‘Come What May’ is a simply stunning rendition and yet another lovely full-circle moment for Luke who has known Charlotte Church since she was 10, and they shared a singing teacher at the beginnings of their respective careers.

Atueyii shows his softer side on new single ‘We Collide’

Discussing the meaning behind ‘We Collide’, Atueyii explains: “Have you ever had a really really good time with someone? Where you enjoy all the feels of romance and also KNOW the person is on your team? That right there is “We Collide”.

Capo Corleone is an international recording artist and music executive based out of Los Angeles. As the CEO of the highly successful C2 Management and founder and former CEO of Tree4ort Records, his musical endeavors shine bright. The alternative hip-hop artist has solidly embossed himself in global success, honing his international collaboration and artist development like no other.

Bri Oglu is back with her latest single, “Enough.” This sultry-pop piece explores the open and honest experience of heartbreak, addiction, toxic relationships, and the conscious decision to leave. Diving headfirst into the ugly truths of loving an addict and a love story without a happy ending, Oglu is able to tell this sad tale not from a low place but from a place of growth, love, and wishing someone well even after a negative experience. Her alluring voice and captivating lyrics tell the story of a close friend of Oglu. “I wrote this song through both my eyes and the eyes of my closest friend who had been in a relationship with an addict,” says Oglu. Follow Bri on Instagram @BriOglu.

Tenor saxophonist James Brandon Lewis is thrilled to announce ‘Eye Of I’ today, his ANTI- Records debut album that swaps out the extra-musical research and cerebral high concepts of his critically acclaimed ‘Jesup Wagon’ and the aesthetic manifestos of ‘An Unruly Manifesto’ for a lean power trio of tenor sax, electronic cello and drums that reaches for singable melodies and a simple punk-band-in-the-basement credo: Chasing energy. Above all else.

With today’s announce Lewis has shared a cover of Donny Hathaway’s “Someday We’ll All Be Free,” featuring Kirt Knuffke on the cornet. Listen to it below – you can also watch Lewis and his trio energetically perform the track at a recent Jazz Is Dead concert here –

Alan Robert has been up to no good. Since he returned from touring the world with his band Life of Agony, he’s been seen in New York City driving around in an old checkered cab dressed as Taxi Driver’s Travis Bickle. Most recently, he was caught on video being arrested at the Lucky 13 Saloon in Brooklyn, NY.

It’s all in good fun though. Robert has resurrected his punk rock trio Spoiler NYC to commemorate the 15th anniversary of the group’s debut album with a pair of music videos and a brand-new, remastered release titled Banned in 38 States.

Finally reunited! Håvard Jørgensen has successfully invited ULVER mastermind Kristoffer “Garm” Rygg to sing on the track ‘Mot Soleglad’ (“Towards the Sunset”), which is now taken as the final single from the Norwegian’s self-titled debut full-length “Haavard”.

19-year-old singer/songwriter Sydney Rose has announced her new EP This Kind Of Thing Doesn’t Last. The project is set for arrival on November 11th and is heralded by new single “Charlie,” which is streaming now. Opening with sparse piano, the track builds to a stunning crescendo as Rose encapsulates her anxiety with the repeated refrain, “I feel like I’m getting bad again.” The five-song collection, written solely by Rose, includes previously released track “Bedroom Floor,” a heartfelt ballad about the pain of a loved one going off to college without you (full tracklisting below). This Kind Of Thing Doesn’t Last is available for presave now via Public Consumption.

Tommy Newport is known for his irresistible falsetto-steeped indie anthems, garnering a substantial buzz with his 2018 debut, Just To Be Ironic, while he was still a teenager. Following the paramount success of 2019’s Tommy Gun EP and 2021’s Ultra Mango EP and Liquid EP, Newport continues to develop his euphonious sound.

CONSTELLATIA comments, “Paean Emerging is one of our favourite songs that we’ve written so far. It takes many twists and turns and touches on a few territories that we’d like to explore further. It is the climactic, hopeful and empowering song. Visually, it’s an ode to filmmakers like Ingmar Bergman and Denis Vileneuve; our first narrative-driven music video. Come along as we venture through the Dylan Lewis Sculpture Garden.”