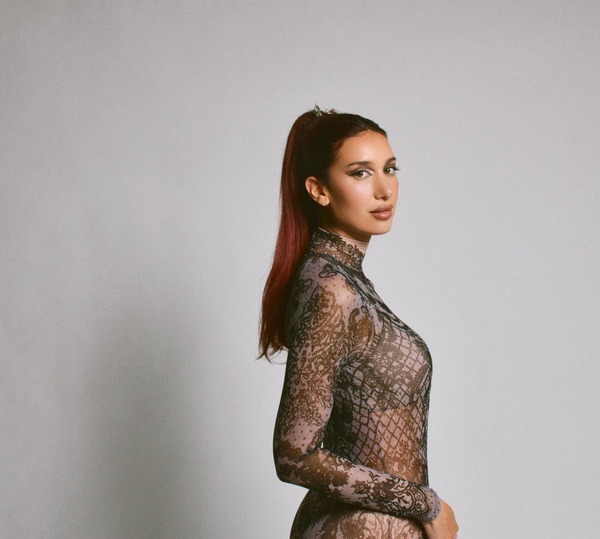 Triple threat, Canadian-born, Filipino/German/French actress, dancer, and singer Nicole Huff is set to make her theatrical debut in the highly anticipated thriller LUCKIEST GIRL ALIVE which is set for a limited theatrical release on September 30th and then a wide release on Netflix on October 7th. Most recently starring as ‘Paige Aquino’ in the dark thriller Netflix series “Tiny Pretty Things”, Huff has established herself from a young age in the entertainment industry, having booked over 35 commercials before she was 13, and starring in projects alongside such notables as Lauren Holly, Jason Priestley, and Mila Kunis. We would love to set up an interview with you and Nicole Huff to discuss her latest project and her career overall.

Track Out Today from SESPOOL

A high school student at the time when cell phones with cameras and the internet were becoming increasingly popular, Terez belonged to the generation at the forefront of bullying on social media, and was unfortunately one of the many victims of it. With deeply emotional lyrics sung to an incredibly upbeat, bubbly Pop melody, Terez’s “luv2h8” tackles internet bullying, the bullies themselves, and their targets. With influences from Mean Girls and her own experiences with bullying, the video for “luv2h8” was produced and directed by the renowned Glean Productions, with a full cast and crew. With the intent on shining a light on the emotions and impact associated with bullying, the talented artist who ranks among the 2.1% of female producers in the industry today leaves a bold statement about bullying in her soon to be released video.

Taken from Addie’s forthcoming new album, ‘That Dog Don’t Hunt’, it’s a song of a transfixing gravity that will bring to mind the works of Talk Talk or Kate Bush to halt you in your tracks.

Due on November 18th via Weird World, The Ruby Cord is the final part of a trilogy that started with the pre-medieval world of Peasant, was brought back to the present day with 2020 and – possibly – concludes in the future with Dawson’s seventh studio album. After recent collaborations with Finnish metal innovators Circle and his work with Hen Ogledd, this is a return to Dawson’s own world with seven tracks that plunge us into an unreal, fantastical and at times sinister future where social mores have mutated, ethical and physical boundaries have evaporated… a place where you no longer need to engage with anyone but yourself and your own imagination.

liminal space is streaming now at Doomed & Stoned ahead of its release on October 7th. The concluding chapter of the betwixt and between trilogy, this is the band’s most experimental and unchained album yet.

Guatemalan cellist and composer Mabe Fratti today released the lush and textured “Algo grandioso,” the latest single off her forthcoming new album, Se Ve Desde Aquí, due out on October 14th (Unheard of Hope). Translated to “Something great,” the track reflects one of the album’s central characteristics: a “frontal” approach–which Fratti says is “informed through the aesthetics of rawness and a ‘dirtiness”–with lyrics that refer to walls falling. Its fittingly surreal video was co-directed by Kim Torres and Thania Diaz (who previously worked with Fratti on her “En Medio” video). Fratti’s forthcoming LP received early support from The Guardian (4 stars, Global Album of the Month), with previous album singles “No se ve desde acá” and “Cada músculo” earning praise from WNYC New Sounds (“Not pop, by any means, but not avant-garde abstraction either, Fratti takes an exploded song form and makes it into something distinctly her own”), Pitchfork (track review), Remezcla, XLR8R, Riff Mag, and more.

Off the heels of his single “Dying To Love You,” Dalton Cyr once again showcases his storytelling abilities in his latest offering, “Happy,” a track defined by sentimental melodies and lyrics that pull at the heartstrings. The longing for love and happiness demonstrates the scrutinizing trials and tribulations of a breakup, which is an all too real feeling many empathize with. “I wrote this track to capture that sinking feeling of playing the ‘what if’ game after a relationship ends,” Cyr explains. “Sometimes it can kill you to see an ex happy — not that you want them to suffer, but that you couldn’t give that happiness to them.” The pool of feelings at the end of a relationship can be confusing and hard to process, and Cyr explores this heartache head-on. “Happy” was co-written by Sophie Rose and produced, mixed, and mastered by Mikal Blue, who has previously worked with OneRepublic, Colbie Caillat, Jason Mraz, and Five For Fighting.

Princess Goes To The Butterfly Museum (Michael C. Hall, Peter Yanowitz & Matt Katz-Bohen) are kicking off their next era with the highly anticipated single – “LET IT GO” – which has quickly become a fan-favorite and a staple in their sold-out live shows. The song is a soaring, synth-heavy escape from reality as the band really encouraging listeners to do exactly as it says, LET. IT. GO.

With three highly-praised singles notched in her belt this year, including her most recent anthem “Get Off My,” emerging indie-pop singer/songwriter Julia Wolf has announced her premier headlining tour—Gothic Babe Tendencies Tour—and will be hitting the road in Feb. 2023. Julia will make a stop in her hometown, New York City, on Feb. 16, and Los Angeles on March 2 following the release of her eagerly-awaited debut album (more on this soon). Julia previously sold out both her NYC and LA shows for her EP release.

‘Falling Under’ follows the release of ‘Blood Red Son’ and is the 2nd single from Ché’s forthcoming album. The track is about the sadness of watching someone you love lose themselves to addiction, but Ché wanted to convey a more positive message with the video.