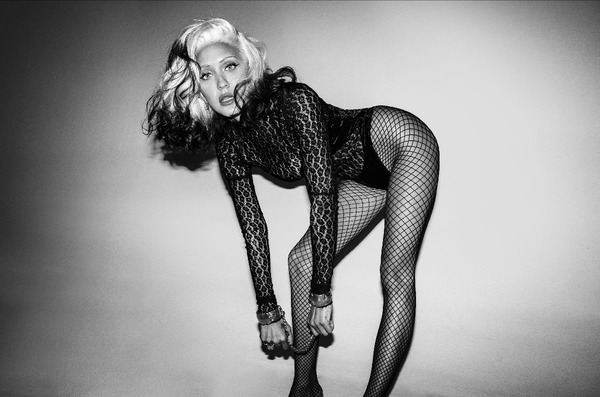 “I wanted to make a record that was meditative, compassionate, calm and reflective, as a reaction to the increasingly noisy, opinionated, aggressive and polemic tone of our daily environment,” says Brice. The British multi-instrumentalist, orchestral arranger and composer has drawn on her abundant talents to forge an exceptional record that fulfills the brief. Brice’s second solo album for Bella Union, And You Know I Care, is a deep listening experience that raises the post-classical bar, eschewing the genre’s default melancholia for wider and richer dimensions of uplifting and exultant bliss.

Multidisciplinary artist and legendary activist from the Brussels scene, Rodolphe Coster has already lived several lives, died several deaths, and had as many resurrections.

At 43, he will release his first album under his own name this fall entitled High With The People.

The Grand Paradise is the second full-length album and first original motion picture soundtrack from HARMONIC CROSS, the dark ambient alter ego of the Richmond, Virginia-based artist collective that also records and performs in their punk/hardcore form as Bleach Everything and their indie rock incarnation Highness.

Earthrise is a Hard Rock band with a penchant for writing infectious tunes and relatable narratives. Being avid storytellers, Earthrise is greatly influenced by real life, drawing inspiration for their music from personal experiences, allowing them to invoke strong emotions in people.With big dreams and plenty of energy to spare, Earthrise seeks to positively influence society with their music!

“Being surrounded by the ocean and beautiful nature must’ve done something to me and my never-ending creativity,” says Sara, looking back on that time. What followed next was moving to Trondheim as a sixteen-year-old to continue her music studies, and she discovered the classics: Led Zeppelin, Bob Dylan and The Who were among the artists she fell in love with as she found herself in the world of 70s blues and rock. Alongside her classical singing tuition, these artists led Sara to develop her singing voice – and what a voice it is. A unique, expressive and powerful voice, to see Sara Fjeldvær sing live is to see someone in complete control of a mighty instrument.

A series of seasonal concerts held in a historic sanctuary in Stratford, Ontario in December 2021 were recorded live and are now being released by Juno Award-winning Canadian artist Loreena McKennitt as her 16th album, entitled Under A Winter’s Moon, while a two-week companion tour of Ontario is set to launch in early December.

R&B singer-songwriter Jordan Hawkins shares a feel good new single “Play,” produced by Jordan and Aja Grant of Phony Ppl (prev. Mac Miller, Princess Nokia, etc.). “Play” is set to be a timeless hit with a funky bassline, laid back feel, and Jordan’s take on 70s funk. The music video, set in a groovy dance era, shows Jordan on stage capturing the attention of a love interest across the room, winning her over with a guitar solo. Jordan continues to push boundaries with his music weaving in his guitar virtuoso. Earlier this year he debuted “Super Power” with an impressive COLORS Show and made appearances at Sundance Film Festival, Roots Picnic, and Essence festivals.

Brighton genre-bending trio CIEL share aggressive new effort ‘Back To The Feeling’ out today (September 21st), the final reveal from the band’s ‘Not In The Sun, Nor In The Dark’ EP arriving October 7th via cult indie label Jazz Life (Blood Red Shoes, Tigercub, Circe).

“tiresias” envelopes the senses with progressive and textural soundscapes, and delves into the dark and heavy side of postcards from new zealand. The second single to release ahead of the anonymous outfit’s upcoming album liminal space, “tiresias” brings to light both the demonic extreme, and ethereal serene. The visualiser is available to watch now via Outlaws Of The Sun ahead of it’s release.

Talos on “KITES”: “‘KITES’ is a flare of optimism, one that burrows its way into the future, looking outward. The idea of space – space to move on, to find something different – is embodied in the structure of the song: towards the end it morphs and melts into a flowering orchestral space, meant to paint the picture of something exploding into life or metamorphosing into change. I was lucky enough to be able to carve this idea out while recording in Eaux Claire with Brian Joseph and Sean Carey, who helped bring my ideas to life.”

BROKEN BELLS: “LOVE ON THE RUN” SINGLE & VIDEO OUT NOW

Broken Bells, the musical partnership of Brian Burton (Danger Mouse) and James Mercer (The Shins), has released “Love On The Run,” the next single from their forthcoming third album, INTO THE BLUE. Set for an October 7th release via AWAL, INTO THE BLUE has been hailed by the likes of The New York Times and USA Today as one of the most anticipated releases of the year.

The Comancheros Bring Heavy and Western Vibes to Country-Rock Scene

The German Death/Thrash Metal band Susurro has released their new single “Old Story”, it is an anti-war song that deals with the question, why does history repeat itself and what are wars for? The release was recorded at “AKS Studios” and mixed and mastered by Andy Lux.

WE ARE SCIENTISTS Return With Hook-Laden New Single Operator Error

“I have a tendency to deliver hot takes and to get extraordinarily overheated about utterly inconsequential things,” says WE ARE SCIENTISTS vocalist/guitarist Keith Murray about their new song “OPERATOR ERROR” (out today on all DSPs) which is, in fact, about how he has a big mouth. The single, We Are Scientists’ first new music since last year’s critically-hailed HUFFY, showcases what the New York rock-duo do best: Make catchy, feel good indie rock that will stick in your brain for days.

GOSPELHEIM release next single ‘Hall of the Unconsumed’

GOSPELHEIM are now releasing the catchy gothic metal track ‘The Hall of the Unconsumed’ as the third and final single taken from the British dark rockers’ forthcoming new full-length “Ritual & Repetition”. The album has been slated for release on October 21 and details can be viewed below.

Today, Regulate shares “Hair”, the third single from their upcoming self-titled album set for release September 30th on Flatspot Records. On the song the band play with different rhythms, shying away from their mosh-ready blend of hardcore while still packing a flair for groove. Soulful vocals meet rock-forward guitars encompassing lyrics about self-acceptance.