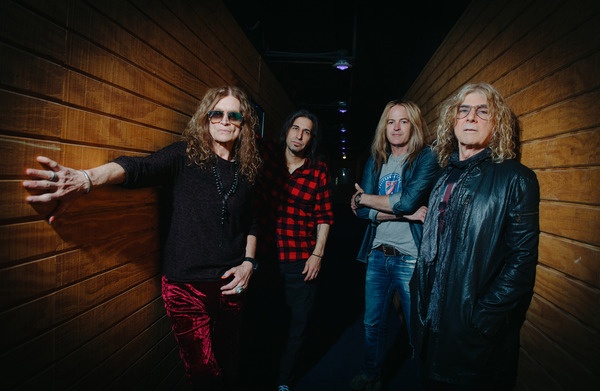 Any good artisan has a plethora of tools and resources available to them, but it’s important they have the right ones for the specific job at hand. By handpicking from the best of the best rock talents and constantly inviting disparate rockers to join their collective, The Dead Daisies always find the right musicians for each of their songs, tracks, and messages and the stories to be told within them. Their latest release, “Face Your Fear,” from the upcoming album Radiance (out September 30), features guitarist Doug Aldrich (Whitesnake, Dio), drummer Brian Tichy (Whitesnake, Ozzy Osbourne, Billy Idol), bassist and singer Glenn Hughes (Deep Purple, Black Country Communion), and rhythm guitarist David Lowy (Red Phoenix, Mink). In the past, they have also had icons such as Dizzy Reed (Guns N’ Roses), John Corabi (The Scream, Mötley Crüe), Darryl Jones (The Rolling Stones), and numerous others partake in their extraordinary acts of rock and roll greatness. If you want to learn about all the top-notch creatives who have played and performed with this band, you better pull up a chair for the seemingly endless pages of incredibly impressive bios.

The evidence validating The Dead Daisies’ strategic selection of artists for their projects is their technical virtuosity surrounding every aspect of the music production process. Lyrically, “Face Your Fear” calls upon listeners not to be consumed by the raging flames of their own trepidation and to stop at nothing to conquer that which is causing their looming apprehension. Hughes’ vocals carry out this soulfully bluesy tone that makes the audience internally feel every word he belts. Instrumentally, the guitars and bass command attention with undeniable influence from the early days of grunge rock taking shape in their gritty, strong riffs. The pounding drums drive the shredding forward just enough not to dominate the overall sound, thus crafting a song idealized with headbanging impact. Until the last chord, when the feedback is about to fade to silence, it crescendos back, leaving you eager for more.

While taking you on this inimitable musical journey, The Dead Daisies make it look effortless. All they needed for the visual was a studio, a camera, and their rampant rocker energy to perform as if there was a crowd watching. Their motion and facial expressions radiate with intensity and vigor, making the group’s upcoming RADIANCE album destined to follow in this single’s footsteps. Imagine experiencing “Face Your Fear” at one of The Dead Daisies’ concerts. It could be a likely feat with their fall 2022 tour coming to the U.S. soon!