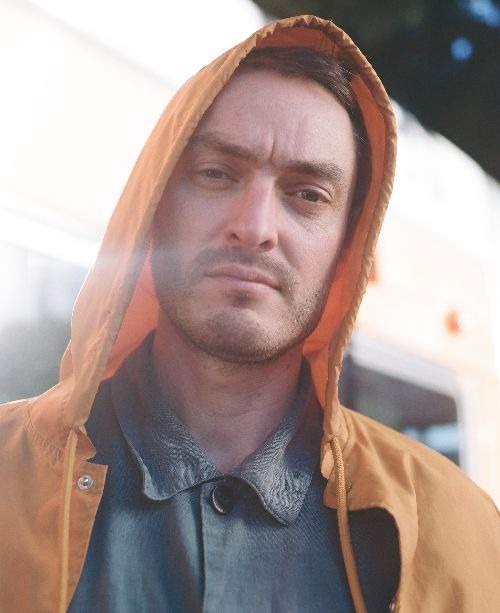 Mick teamed up with producer John Moyer (bassist of multi-platinum metal band Disturbed) to record his first full length album titled Crown of Apathy in Feb 2018. His first single “Transcend the Machine” received radio play in Europe as well as the US.

Tattoo The Scars released their third single, “Culture of Fear” to all major platforms via TLG/INgrooves. The band features Jesse Rush (vocals) formerly of Allele, guitarist Billy Grey of Fozzy, drummer Dusty Winterrowd formerly of Allele and bassist Tyler Hensley formerly of Year of the Locust.

From the heart of Delhi, to Tangier Island. The burning redwood forests, the dying jet stream waters. It is happening to you and to me. We pump carbon dioxide and methane into the atmosphere by the gigaton as the cascading feedback loops of climate breakdown continue to destabilize the biosphere. Oh, the wind and rain. We have all lived it. Stunned by the unfathomable power of our Earth and a sinking derealization about our tenuous future.

“Sometimes you feel like your life goes in circles when it’s actually spiraling upwards. The Helix is a is the perfect image for the spiritual path. You are going over the same ground but at a higher and higher level,” says Nick.

The Clay People Deliver “The Drugs (Are Not Working)” Video

The track continues with the narrative of ‘Cult Hypnotica’, first single from the the same-named album released July 1. A realization that the stigma of over saturated propaganda and the means of keeping the mob distracted is the drug. The drugs only work if we allow this madness to continue in our lives. However, becoming aware of our surroundings and how it is affecting us is only valuable if you are willing to make a change.

Zai1k doesn’t have to try to go viral, the 17-year-old rapper from Florida just has a knack for making songs that resonate far and wide. Take “Dump It Dummy” featuring Philly club-rap innovator 2Rare. The colorful, energetic track—with a beat by seasoned Florida jook producer Tre Oh Fie—has become an ubiquitous hit in the weeks since he first teased it on TikTok, soundtracking over 1 million videos on the platform and over 4.8 million worldwide streams to date. Some earlier fans like Snoop Dogg and Coi Leray have already expressed their love for the song on social media. The Broward County native recently was named YouTube’s Trending Artist On The Rise and released the music video to the viral track – watch the KeJuan Blake directed video here.

Bringing a boisterous and danceable style out of the outer boroughs, Ron Suno is on a mission to make drill fun. Proving that his chaotic crusade has been a success, Ron shares “TONY,” his new music video, directed by his frequent collaborator Benny Max. Marked by eerie string melodies, sliding 808s, and hyperactive snares, “TONY” is a braggadocious banger, in which lists the myriad reasons why he’s the King of The Bronx: “Imma just clutch from the grill like I’m Kobe/Your body gon’ jump cause I shoot like Ginobili.” In the video, Ron decks himself out in Burberry and Amiri as he performs for a sold out crowd before heading backstage with a gaggle of his closest friends to get sturdy. “TONY” is a highlight track from Ron’s new project SUNO MODE, following clips for the Money Man-featuring “DCH,” the Jersey club-inflected banger “ONE NIGHT” and the NYC drill posse cut “SALLY” ft. Kyle Richh, TaTa, and Jenn Carter.

STEVEN DAYVID MCKELLAR comes to terms with himself in new meditative album “NAMA”… out now!

“It’s a call to my future and past self, in an attempt to be more present while the world frothed with uncertainty and change,” says South African-born/Los Angeles-based singer songwriter STEVEN DAYVID MCKELLAR about his new meditative full-length album, NAMA (released today via Sonic Ritual). A follow-up to his 2020 debut solo album ETHIO, NAMA furthers McKellar’s internal exploration of the last two pandemic years, observing the current state of the world as affected by isolation with the larger cultural context that the polarized socio/political environment has bred in this country. Featuring a collection of music from his former EPs (the introspective One and Zero and pensive Stop Running), NAMA also serves as a reflection of personal self-realization of coming to terms with oneself from the social and mental environment that was brought from the social distancing.

In 2021, the band returned to the studio and on November 11 they released the single “Pure Sacrifice”. Here, the trio evokes the weight of stoner rock with layers and heavy string textures, with lyrics that call into question the idea of ​​the human as the “top of the food chain”.

Roll With Boy Golden in New Video For “A Little Space”

“This was an easy video to make, because it pretty accurately reflects what the congregation feels like in Winnipeg,” says Boy Golden. “I texted our group chat to see what people were up to and stopped by people’s houses. Some people were making music, others just chillin’, and I ended up at the Blue Note Park, aka Times Changed. I worked at Times for a while and I love it a lot. You can’t really tell, but that was Terra Lightfoot playing the Blue Note stage. Making this was a blast! I love our little community! :)”

In 2021, the band returned to the studio and on November 11 they released the single “Pure Sacrifice”. Here, the trio evokes the weight of stoner rock with layers and heavy string textures, with lyrics that call into question the idea of ​​the human as the “top of the food chain”.