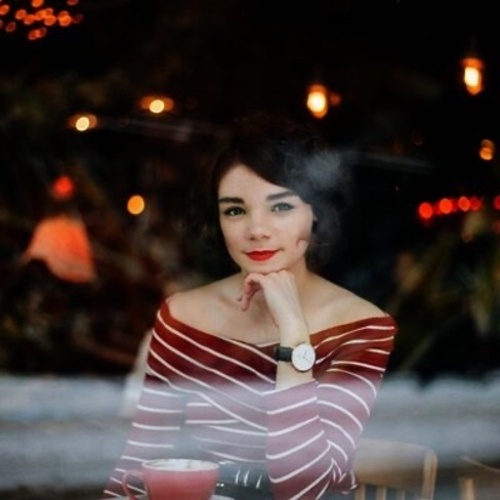 While Babyface and Ella Mai’s romantic single “Keeps On Fallin’” is a thoroughly modern R&B track, the opulent official video takes its inspiration from Regency-era courtship rituals. It stars Emmy and GRAMMY® winning actress/comedienne Tiffany Haddish (Girls Trip, Night School, Nobody’s Fool) as the very lively queen mother and Kendrick Sampson (Miss Juneteenth, “Insecure,” “The Vampire Diaries”) as the handsome prince who is courting Ella Mai. Babyface, who plays a duke, joins them for a sumptuous meal as a string quartet plays and the champagne flows.

Earlier this summer Oxford electronic-pop quartet Low Island announced their sophomore album Life In Miniature for November 4th via their own label Emotional Interference. Newly confirmed to support Hot Chip at the iconic Brixton Academy on September 24th, the band will first reveal the second single from their upcoming record on September 1st – ‘Kid Gloves’ (video here) a technicolor pop-explosion that follows the languid-groover ‘Can’t Forget’.

Balming Tiger, the South Korean music collective consisting of Omega Sapien, Mudd the student, bj wnjn, sogumm, Leesuho, Unsinkable, San Yawn, Jan’ Qui, Abyss, Chanhee Hong, and Henson have released a new song and video featuring RM of BTS called “SEXY NUKIM.” The song, which according to the group, is about showing the world what it is to be “Asian Sexy” and “Asian Cool” and reaching past material things, marks the first time Balming Tiger has featured a non-member. Watch the video here and stay tuned for more Balming Tiger news to come.

Review & Video Premiere: Michael Rudolph Cummings, You Know How I Get

‘Elastic Time’ is an epic, cinematic track – the lush instrumentation steadily swelling to an emotive, and climactic release. It follows on from previous songs ‘Girl Boy Girl’, ‘Disposable Love’ and ‘Something Better’.

Starting with scenes of a normal day in her life, the music video makes the audience feel much closer to the artist, which increases our connection to the song. In addition to that, the different activities shown in the video, such as driving, walking around the streets, having fun in parks, and enjoying rooftop views, helps transmit the song’s message, that we can be someone different each day. Gabrielle definitely helps the audience understand that it is ok to change opinions, to like different things each day, move to different cities, and to make mistakes. As the song states “I am a mixtape”, meaning it is ok to be unpredictable and that we can be a little bit of everything.

Deadly Vipers distills an effective fuzzy rock, without frills, thanks to the richness of the compositions, all made possible by grooves as catchy as they are devastating.

New Jersey hip-hop/house innovator Cakes Da Killa has announced his long-awaited second album Svengali available October 28th via the TOKiMONSTA owned label Young Art Records. With it Cakes adds another landmark to his catalog and brings the long-running relationship between hip-hop and house music into a new chapter. Today you can watch a video for the new and seductive title track “Svengali”, in which Cakes presses pause on the real-time rundown of a decadent night out to whisper a question to the object of his interest: “I know you’re touching me / but are you feeling me?” The single follows “Drugs Du Jour” and “Sip Of My Sip” both of which are included on the album.

Emerging neo-soul and R&B songstress Bairi returns with the release of her highly anticipated official music video for the hit song “Paraíso.” The lead single from her upcoming debut EP Fire Siren, coming soon, has earned over 1M streams globally and almost 60K views on its gorgeous orchestral live performance. The track proves the singer’s vocal prowess and ability to capture incredible and organic fanfare early on.

BLACK ANVIL comments, “We are empty shells at once thought separate. We are one with the earth. This is not the end. We seek the stars still.”

Demons is a heavy four-piece punk band from Norfolk, Virginia, that pull from dimensions of noise rock, sludge, and hardcore to generate a sound that has been described as “raw and confrontational fury.” Demons forthcoming offering, Swallow, is a blast of all-killer-no-filler force that will appeal to fans of music characterized by chaotic energy and deeply rooted aggression expressed in a beautiful balance of ultra-catchy, driving riffs, burly grooves, and angular dissonance. Fans of The Bronx, Converge, METZ, and Every Time I Die will find lots to love here.

The recent single, “Exaggerate” blew up a little for Nisa, earning support at NME, The Line of Best Fit, CLASH, FLOOD, Brooklyn Vegan, Talkhouse and many more, it follows earlier tips from the likes of Under the Radar, Consequence and Impose. “Affection” comes as a jittery piece of alt-pop, tying gleaming synth with deadpan vocals singing over a distorted, propulsive tom groove before exploding into a swell of guitar and electronics towards the end. Speaking about the track, Nisa says: “‘Affection’ focuses on the importance of tenderness. Nate [Amos] and I wanted the production to feel understated yet shimmery in order to communicate the power of nonverbal cues and little acts of care.”

Emeli Sandé and Nile Rodgers Release ‘When Someone Loves You’

Known principally as the vocalist, lead guitarist and composer for The Moody Blues – Justin Hayward is delighted to release his brand new single entitled “Living For Love” via BMG.

“In the Sufferin Mall world as a whole, I’m always playing and drawing attention to these conjunctions of pleasure and pain, and how they mix with our desire,” says Yoyo.

“Crushed” also refers to the bit-crusher effect that’s used to degrade audio quality, which is something Yoyo used on the sparkly acoustic guitars that play throughout the song.

BETTY WHO & PABLLO VITTAR JOIN FORCES FOR “SHE CAN DANCE” REMIX

Kydd Jones, born and raised Austinite, is being honored on September 1st, 2022 with Austin City Council issuing a proclamation declaring it to be “Kydd Jones Day.” To commemorate the event, Jones is dropping the new music video for his song Goblin which was shot by Trustfall Productions, edited by LNS Crew Productions and premiered by Austin360. Kydd’s self-produced track was described as “a buzzing headspace bearing the anxieties of violence and quarantine” (The Austin Chronicle) with a “crate-digging ear… and gung-ho lyrical delivery” (KUTX/NPR) that is “subtly entrancing” (The Austin American-Statesman). Kydd says about the video, “Shooting the video felt like I was getting something off my chest. I guess this is my part in the revolution just like how jazz and soul music played a part…”

Originally from Brousse-Le-Chateau, a small village in the south of France, and raised in Connecticut, she is influenced by her parents’ gypsy jazz and classical backgrounds. Laura has collaborated with established jazz artists such as Caity Gyorgy, Martina DaSilva, and Ranee Lee, to name a few. Summer 2022 started with shows in Paris, France, Rochester, New York, and Victoria, BC, where she opened for Gregory Porter. For Laura, the highlight of the tour was performing for thousands of very enthusiastic fans at the Festival de Jazz de Montreal.

Her style branches out from traditional jazz roots, and some of her idols include Carmen McRae, Sarah Vaughan, Nancy Wilson, Etta Jones, Anita O’Day, Chet Baker, and Blossom Dearie. Her storytelling interpretations of standards and melodic approach to improvisation certainly portray a soul beyond her years.