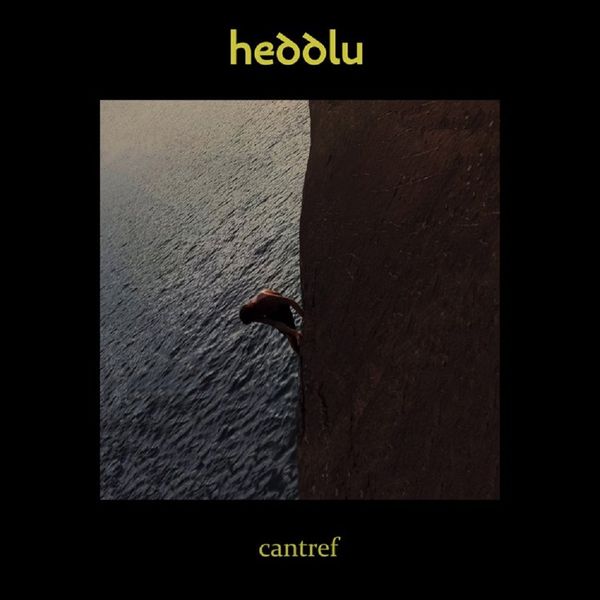 There’s a lot of tension in the air as we start in on the song “Locker,” one of the eleven included tracks in the new record Cantref from Heddlu, but it’s justifiably present. From the moment we press the play button on any of the songs in Cantref, it’s obvious that giving us as full-bodied a listening experience as possible was a clear goal of Heddlu’s from the beginning, but developing symmetrical compositional concepts was never on the table. This is a record that bathes in the glow of its eccentricity, but unlike the competition, it comes to us entirely ego-free.

In songs like “Descensionist,” there’s a certain dose of elegance to the discord beneath the melodies that highlights the significant influence of noise music and indie pop over what Heddlu is doing here, but I wouldn’t say that any of this material strikes me as being born of a specific aesthetical loyalty over another. Truth be told, there’s rarely a moment where we can tell what this artist is about to do next, even in instances of rhythm and harmony coming together in a streamlined fashion (such as “Daw Eto Haul” or the equally enigmatic “(Ar)Nofio.”

The volatile instrumental backdrop featured in “Benthic,” “The Not Knowing,” and “SMS” helps to lend some additional context to lyrical elements found elsewhere in Cantref, and if this is enough to qualify the debut album from Heddlu as progressive in nature, I would be curious to hear what he could do when given a little more space to grow into the implied camp and subtext in this story. There’s a minor theatrical component that could have been emphasized a lot more than it was in the final version of this LP, and if given the right circumstances from which to work, I can see a proper sequel coming soon.

I would argue that there isn’t a lyric in Cantref that isn’t made to be as cerebral as the adjoining music is, and even when the tonality of the material is doing more of the talking than Heddlu is – such as in “Auto-Da-Fe,” “Mouth Goes Dry,” and “Cantref Gwaelod,” there’s a cadence to the mood of the words and that of their foundation that I wish I could hear a little more of in alternative rock right now (especially when looking at all of the postmodern content coming out of the woodwork this summer).

Though I will likely be more curious to hear what Heddlu’s live performances can sound like than I will anything that comes from a studio session – mostly out of raw intrigue gained after listening to this album in its entirety – Cantref is still a bar-raising release that I think a lot of alternative fans are going to relish heading into the latter half of August. Heddlu commands a lot of respect at the microphone and beyond here, and after college radio gets its hands on this offering, I see the credibility of the entire project gathering a lot more steam shortly.