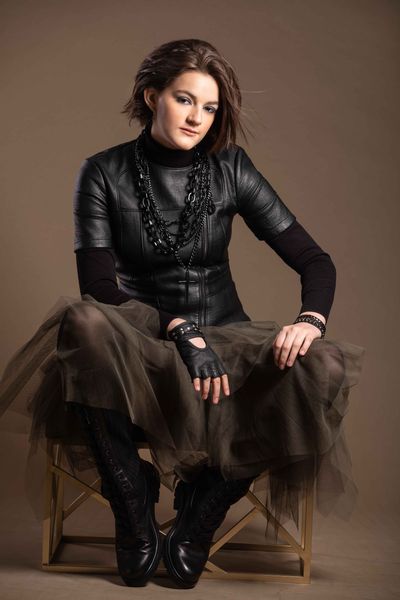 Kjersti Long’s voice is quickly becoming the soundtrack to the next generation of pop/rock fans. Fueled by teenage rebellion, the artist has been trailblazing her path in the music industry since she was only 12 years old. Kjersti Long’s electrifying voice sparks memories of Ann Wilson and Janis Joplin while remaining deeply connected to the taste of modern audiences to the likes of Olivia Rodrigo and Demi Lovato. Deeply inspired by her passion for utilizing music as a tool to create emotional bonds, Kjersti Long pens tracks that resonate with everyone. Whether it’s the complexities of modern dating, the trials and tribulations of high school, or navigating your identity, Kjersti Long finds a way to tap into exactly what you need to hear. The musical prodigy has racked up numerous impressive accomplishments, including performing at the acclaimed House of Blues San Diego, The Stone Pony, and performing as the warm-up for David Bryan of Bon Jovi. Now, Kjersti Long is ready to kick up the heat for her summer track “Boys in Jersey.”

Modern-day romance can be hard to find when searching for the Leonardo to your Kate in a world full of jocks, fake Nirvana fans, and posers. In “Boys from Jersey,” Kjersti Long breaks out in an infectious Pop/Rock anthem that airs out her frustration with today’s dating scene. Hailing from Clinton, New Jersey, the artist has had enough of the “Jersey Boy” archetype riddled with red flags and shallow conversations. She’s looking for someone to ignite the fire within her and explore the multifaceted aspects of relationships. The vision for the music video brings the lyrics to life, with shots of the stereotypical Jersey boys intertwined with scenes of her rocking out with her band in front of the New York City skyline. The song is a memorable track that blends light-hearted humor with the realities of modern dating.