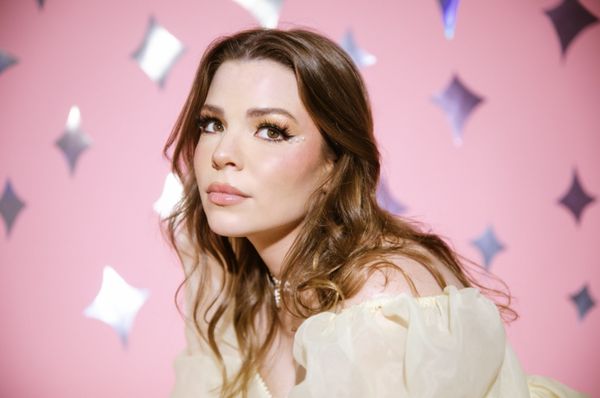 After a decade of being a band and five full-length records, Boston trio Vundabar are marking their time together with Good Old, an 11-track collection of songs that includes seven unreleased tracks that were recorded between 2015’s Gawk and 2018’s Smell Smoke and four acoustic reinterpretations of previously released tracks. Good Old will be released September 16, 2022 on amuse, and Vundabar are sharing the unreleased track “Time” from the collection today. The single starts out tense and muted before sprawling out into an anxious slacker fuzz-rock anthem complete with falsetto melodies spiraling over how quickly time is passing by.

The Sophomore EP is a vivacious short collection of tracks geared for summer. With the cumulative force of three songs that had gone viral and are now finding a home, the EP showcases yet another side of Jeris Johnson. A Summertime Side Quest is a trio of ‘windows-down’ singles, all featuring Jeris’ signature twang.

Wade Bowen Offers Album ‘Somewhere Between The Secret And The Truth,’ Out Now

“It feels like I’m renewing my vows,” Bowen says of the album praised by Forbes for “his deep love of country-style songwriting, his stronger-than-ever voice, and a renewed excitement for creating and performing.” “I love waking up knowing what my purpose is, what my direction is, and also feeling like there’s so much more left to do… I feel revived.”

“The song is about not allowing yourself to receive the love that you deserve,” Maggie shares. “I crave a little bit of action in my life and when things are going too good, I tend to do something to test the pliancy of the positiveness.”

Nine Circles is currently hosting an exclusive video from German atmospheric post-rock/doom duo MIGHT. The “Shrine” video is created for the new single, which is found on the band’s second LP, Abyss, nearing release later this month through Exile On Mainstream.

Produced by the JUNO-nominated team at Velveteen Music, Kaeley’s latest single blends shimmer and grit to explore the ways in which we conceal the truth. Reminiscent of artists like Maggie Rogers and Taylor Swift, ‘Beneath the Lies’ will leave listeners eager to soak up the last rays of the summer sun.

About “What’s With The Roses,” NOTD commented, “We’re so excited for this song with Kiiara to finally be out. We’ve been fans of hers since we heard ‘feels’ and ‘whippin’, so to do a song with her now is very special for us. Sonically, this record feels super fresh and was one of the first songs we made in the more rock/organic type of style.”

That song, the electro-chaotic rock-rap plea “Wallflower,” serves as the latest single from Nue’s full-length PLAYGROUND album. “Wallflower” hears Nue express things in a certain way that was new to him, having never made any form of rock music or alternative – whatever you want to call it.

On the new single, Lulu shares: “‘Something’ is about romanticizing a past relationship, to the extent that you’re not fully ready to let it go – but you’re also not putting your life on pause, waiting for it. My previous songs were written from a very reactionary place, whereas ‘Something’ is more self-reflective, looking back on relationships with fondness – and saying that if this is fully over, then at least it happened in the first place.”

Fresno California emcee Fashawn has teamed up with TRUST Gang emcee Che Noir for a new track perfect for the end of summer titled “Morning Sun”.

The two come together over Wu-Tang Official veteran Bronze Nazareth’s production. The tracks melodic sound provides the perfect background for both Che and Fashawn to deliver high quality descriptive lyrics and bring them to life for the listener.

Toronto’s Kiwi Jr. have launched their high flying third album, Chopper, and the reviews are starting to roll in, including Exclaim who in their coverage stated that “Kiwi Jr. have risen above the pack to become one of the best indie rock bands around.”

“There was some turmoil going on in my family and that was troubling me too,” said Taylor. “Mostly because I felt like it could have easily been avoided and at the same time a few people close to me and some that I used to be close with were going through some huge losses in their lives. I could feel their pain but wasn’t able to be there in person. So that was weighing heavily on my mind. I was going through a lot of changes and losses too and they couldn’t be there for me either.”

Speaking further to how the collaboration came to be he shares “Nightmares came together differently than a lot of my other songs. I made the beat and wrote the hook with Ian Walsh and Pat Mencel, then got MASN on the first verse. The song sat for a while because we didn’t know what to do with it, but we knew it had potential. We sent it to Mothica on a whim feeling that it really fit her style and the “nocturnal” themes on her album, so she cut the second verse. I ended up finalizing the song while I was on tour, recording the bridge in a sprinter van.”

LOST KINGS RELEASE “UNDER THE INFLUENCE” WITH JORDAN SHAW

The high-energy dance track speaks to a new sonic direction for Lost Kings that they have steadily continued to hone, with their next chapter of anticipated releases tapping into the exhilarating feeling of freedom. “Under The Influence” captures this effortlessly through its upbeat, amped-up production and pop-punk vocals from Jordan Shaw.

Christian country hip-hop artist Cypress Spring is proud to announce the release of his debut evangelical EP, Rebel Reborn, via Average Joes Entertainment. Kalan Miller takes the beloved Cypress sound and fuses it with elements of Christianity as he shares his testimony through hard-hitting bars. The EP includes a recently released title track “Rebel Reborn” as well as brand new singles “Out Here,” “Holy Living,” “Lost Count,” and more. Rebel Reborn is now available for download and stream on all digital platforms!

“The band’s first release since 2017 dissects how posturing on social media has really effed up reality. The energized track embraces the band’s industrial sensibilities and deranged aesthetic to begin a new chapter marked by their new found resurgence.” – Ramon Gonzales, Knotfest

Today, the enigmatic Blixie Perestroika shares the third single from her upcoming debut album, Ambition is Low, which will be released on September 9, 2022. The new single “Swing” is a dark, soaring ballad analyzing an estrangement. “It might sound angry but it’s really yearning,” Blixie explains. “Sometimes you can’t say something to someone directly, because they won’t hear you. So for me, it comes out in music.” The melancholic, baiting chorus belies an emotional undertow that catches the listener off guard.

LIL MIGO DROPS VIDEO FOR BANGER ‘MARRIED TO THE MONEY’