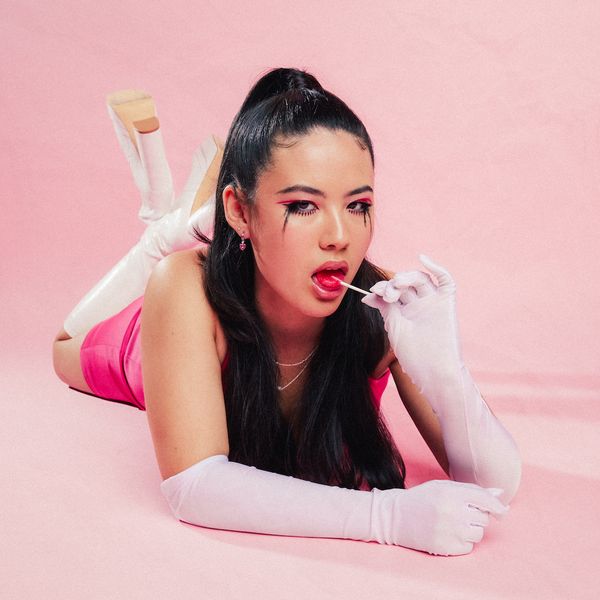 The most powerful telescope ever launched into space, the James Webb Space Telescope – launched December 2021 and which entered orbit in January 2022 – finally becomes operational this week.

“With my first 5-track EP, I strived to expand my electronica horizon by throwing bolder vocal layering, house and future-bass synths, syncopated rhythms, and orchestra bites into the mix,” says Blue Kid On The Rock, an Italian national who is now based out of London.

Since the song was leaked on social media by Emei the day after the song was written, it has accumulated over 13K presaves, making this next single a song to watch. Emei is known for her witty and cheeky lyrics and charismatic lingering melodies. Thanks for your consideration,

Resonant and heartbreakingly honest, “Canyon” was written in the aftermath of a breakup. While writing “Canyon,” Goldie took inspiration from songwriting greats like Stevie Nicks, Joni Mitchell and Townes Van Zandt and the ways in which they were able to turn life’s darker moments into brilliant and affecting ballads.

As his seventh album the ‘Square’ is wide open: old school rhythms or techno-like approaches, vintage dub or futuristic take offs, thick sound basses and melodies, scraped to the bone…

Edinburgh-based artist/producer Becca Shearing, aka SHEARS, dropped her brilliant second EP Mind in Decline back in October 2021 and since then hasn’t stopped working. Alongside some collaborations she’s been hidden away in her home studio mapping out the future for SHEARS. That began with May’s brilliant “Blurry”, and next up is certified pop banger “Carbon Copy”. It’s out today.

After kick-starting her 2022 in hugely impressive form, Liverpool’s latest export Katy Alex, is returning to conclude her debut EP campaign, with the release of new track and EP closer, ‘Show You How To Love Me’.

How to Swim EP sees Alamay and Omar embrace a new era and showcase an evolution in their sound, reflecting on past relationships, lockdown and their collaborative journey. Blending neosoul, trip-hop and R&B with warm, jazz flecked instrumentals and elements of UK rap, there’s a natural synergy between the two; Alamay’s distinctive, velvet vocals and Omar’s nuanced soundscapes fuse together seemingly effortlessly. The result is an all encompassing, ever-evolving sound that sees the duo stand out from the crowd. Having made their Glastonbury debut in June, with a set at much-loved UK weekender, Shambala Festival to come, these coveted bookings are testament to their beautifully crafted sound and live sets and nod to their promising journey ahead.

‘Shark Eyes’ is the second taste of her forthcoming second album following the May release of ‘Archie’. The album announcement follows a European tour supporting her compatriot Villagers, two special shows in LA and London including a James Vincent McMorrow-curated event at the Barbican and two support shows with Mitski.

Showcasing his signature blend of rapped R&B vocals over an always enticing beat. PACKSONME is about taking sensible risks – since the beginning of his musical career, John Alone has always espoused the notion of living on your own terms – no man is your god, no one will do it for you – so get it by any means. The song encapsulates the often unfortunate reality of the choices we make when pushed to our limits, and the kind of strength these choices can inspire. Produced by Flynn Rider, the track features ethereal synths and vocal samples accompanied by heavy, pounding percussive – for fans of Frank Ocean by way of Potter Payper, this is one worth your attention

Italian metalheads DRABIK release today ‘Parasite’, a powerful and punching new song produced by Lacuna Coil’s bass player Maki. This song is the second one to anticipate a new album entitled “Mannequin” coming on September 23rd through Volcano Records & Promotion, and is available on all digital platforms including Spotify.

Occupying a similar space to the likes of Unknown Mortal Orchestra, Mercury Rev or Scott Walker, ‘Lifeline’ follows previously released epic cuts ‘Out Of Time’ and ‘Almost Lost’, and is similarly built on a woozy string-section adored soundscape, expertly supported by a concoction of throbbing bass lines, weeping guitars and nonchalant vocals.

The solo project of London-based singer/songwriter Ella Walker, WILDES’ music sonically falls somewhere in a Bermuda Triangle of Angel Olsen, St Vincent and Mazzy Star, embedded within an entrancing skeleton of folk songwriting, all the while lifting the listener up on a storm cloud of cinematic electronics and her sharp, honest lyricism.

Bursting right out the gate with brutal vocals and earth-quaking riffs, Ether Coven exemplify the best of their post-hardcore meets sludge metal sound on new single “Of Might & Failure,” out today. Featuring guest vocals from Shane Post of Bird of Ill Omen, the track addresses the harsh realities of the prison industrial complex in America and how it takes advantage of those affected by the system. The accompanying Matthew Zagorski directed video dives deeper in, exemplifying how it was designed to prey on those in poverty for non-violent offenses. The song comes from the band’s upcoming album The Relationship Between the Hammer and the Nail set for release August 5th on Good Fight Music.

“This is a tune that reflects on the different kinds of stakes wrapped up in our romances and intimate friendships, the ways that we know each other, and the ways that we don’t. The kind of honesty that can flourish in a genuine friendship, and the kinds of lies that romance often begets,” explains bassist and songwriter Harry D’Agostino.

Vos reveals that the song came after a dark period, both literally and figuratively. The song kicks off with the lyrics, “Sometime last year, I lost my voice. I lost touch with who needed me most.’ Vos explains: “The shutdown gave many folks the opportunity to see their lives with a different perspective, myself included. I honestly spent a fair amount of it wondering if I even wanted to tour again. But what I came out with was the desire to try again. I was able to see, again, what I had been missing for a while—what had been watered down by the struggles of the music industry, my own personal suffering, and inner-band conflict. I am so thankful for that second chance.”