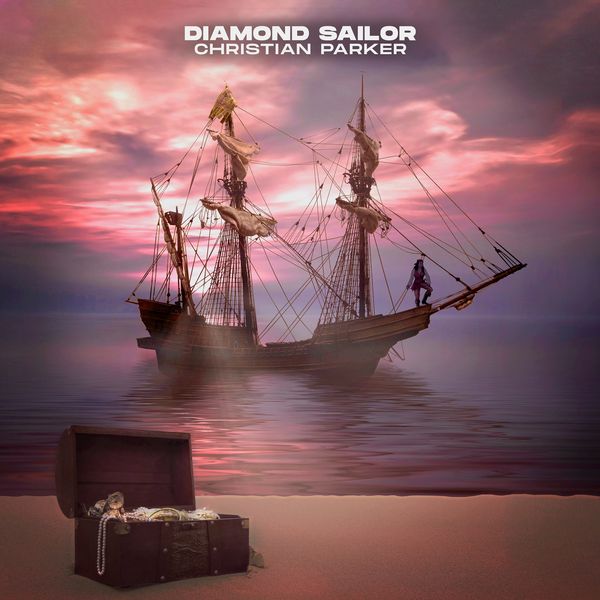 If you found a buried treasure, would your problems be solved? Not necessarily. As a famous band once told us, money can’t buy love. Esteem, too – there’s no price on that. Direction, motivation, and a sense of purpose all come from within.

Deep down, we know this. That’s why every treasure hunt in every book and movie is a metaphor for an internal search: an excavation meant to unlock dormant dimensions of the searcher. In the stirring clip for “Diamond Sailor,” the newest single from New York artist Christian Parker, the main character digs for his fortune. Instead of a chest stuffed with gold, he unearths a guitar. That six-string turns out to be more valuable to him than all the money in the world.

Christian Parker certainly knows the worth of a musical instrument. Best Kept Secret, his most recent album, is a testament to his songwriting smarts, sensitivity, and formidable knowledge of musical history. Echoes of ELO, Crowded House, Badfinger, and, of course, The Beatles are audible in every beautifully appointed track. His lyrics, too, are filled with classic themes: aspirations, desires fulfilled and unfulfilled, overcoming hardship, and listening to your inner voice. But Parker’s got a compositional voice all his own that he’s been honing for years and which sounds refreshingly modern. He’s a traditionalist with plenty to say to a contemporary audience and an appreciator of landmark albums with something to add to his sources.

“Diamond Sailor” epitomizes his approach. It’s a song with great harmonic and melodic richness, and it showcases his imaginative guitar work and his radiant vocals. But it’s not just ear candy. The track is about the chase for fulfillment that everybody must face. Parker – or his likeness – appears in Morgan Elliott’s animated clip for “Diamond Sailor,” and he performs the song with the poise and dignity that characterizes all of his work. But the star of the clip is a boy whose future is wide open but who struggles to define himself in a difficult world. When first we see him, he’s playing piano on a rowboat: a dreamlike image that speaks to the central role of music in his unconscious. We watch him play air guitar on a tennis racket in his suburban bedroom. But by the time he reaches young adulthood, he finds himself trapped in an office job, enslaved to the rhythms of the work week. When he unearths that red guitar, it’s not only an instrument of pleasure and personal expression he’s found. It’s also a tool of liberation.