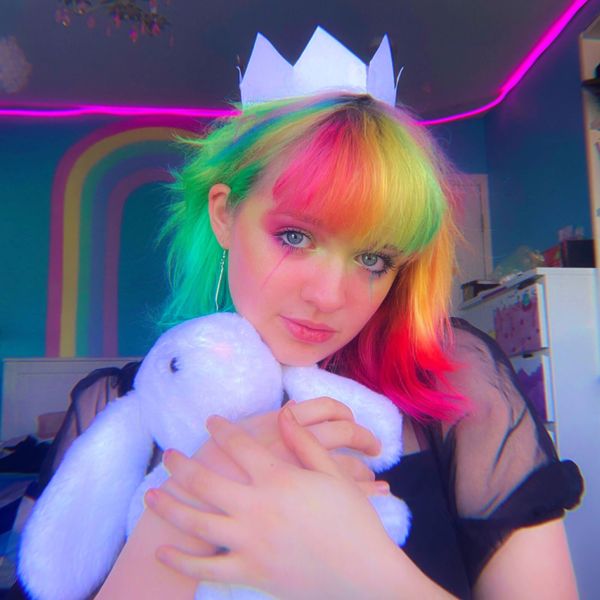 Quote from Emilio on Roe Vs. Wade and the “Stan” Freestyle:

“Fuck the Supreme Court. Welcome to the America that is inching closer and closer towards turning the Handmaid’s Tale into a prophecy as opposed to just a frightening dystopian science fiction drama.

In the track, Benicio laces his enigmatic pop R&B sound with a much deeper message to be your authentic self. Benicio adds, “Creating everything for ‘Can’t Dance to This’ was absolutely magical. When we were writing this song, I kept thinking about a music video for it and what I wanted to wear. For me this song is powerful in a way because it’s really about confidence. To be our true self and not worry about what others think. In the song, when I say ‘watch me’, I feel like that says it all. I’m so grateful for everyone who helped put it all together, sonically and visually.”

“Acid Atlantis” is the name of my new single. This time it’s an underwater adventure exploring the depths of a strange city full of unusual creatures. When working with the producer, I really emphasized my desire to make the song like an underwater video game, but also keeping it dreamy and surreal. I hope everyone who hears it is transported to another world! Listen to “Acid Atlantis” today on:

In the last year and a half, DICE have gone from WA bedroom rockers to catching and holding the attention of Aussie fans nationwide.

They’ve hit milestone after milestone and show no signs of slowing down – 1.6 million streams across only 8 songs. Multiple sold-out headline shows. 100k monthly Spotify listeners. Major playlisting success. And a consistent, loveable Aussie-rock sound that delivers each and every time. DICE have proven that they never miss the mark.

Today Muni Long – the breakthrough R&B superstar of the year –releases the highly-anticipated follow-up EP to her 2021 debut, Public Displays of Affection Too. The 5-song EP, released via Muni’s own Supergiant Records and Def Jam Recordings, features “Baby Boo,” her new summertime anthem featuring Saweetie, as well as the new singles “Pain” and “Another.”

Bad Wolves Release New Track “The Body,” Ahead of Forthcoming EP Set to Drop This Summer

Bad Wolves, the critically acclaimed and multi-platinum band, released their new single “The Body” today via Better Noise Music, along with a lyric video for the song. The track haunts the listener, talking about how far one must go to commit an unthinkable crime. It is the first new offering from the band’s upcoming EP, set for release this summer.

KARIN ANN SHARES THE NEW SINGLE ‘you make me miserable’

Summer is only just getting going and Karin Ann has already experienced an adventure of a lifetime by touring Europe as guest to Imagine Dragons, YUNGBLUD and My Chemical Romance. Those shows have continued to spotlight an artist who is beginning to impact in the UK, where she has received airplay from Jack Saunders on Radio 1 as well as features courtesy of Kerrang! and Wonderland.

Of the track, Grace says: “This is about owning your mistakes and using them as ammunition to power through life. ‘You can run, you can hide, but you need to find your way through the fire’. It’s a power anthem about recovering after a world of shit was thrown at you and believing that if you can get through that then you’re invincible and can get through anything. Having lived with this song for five years, I was excited to get stuck into the production as I’d always had a strong vision for the track”.

Self-produced by Seafret’s own Harry Draper and Cam Blackwood (Florence & The Machine, George Ezra, Lewis Capaldi) and inspired by images of unblemished youth and possibilities, ‘Pictures’ opens up more of the tender and passionate songwriting the duo, who already amassed over 1 billion streams across their catalogue to date, have always looked to produce. With its soft and subtle guitar playing and atmospheric vocal performance layered throughout, they are continuing to push the boundaries of their sound throughout this new year once again.

Karen Harding releases new single ‘Other Side Of Love’

UK Top 10 hitmaker Karen Harding has released her brand new single ‘Other Side Of Love’ via Ultra Records. The new single showcases Karen’s prowess in the art of creating stunning melodies with her versatile writing and honest lyricism. The track features captivating house beats and huge ethereal synths as Karen addresses a personal journey in holding relationships together.