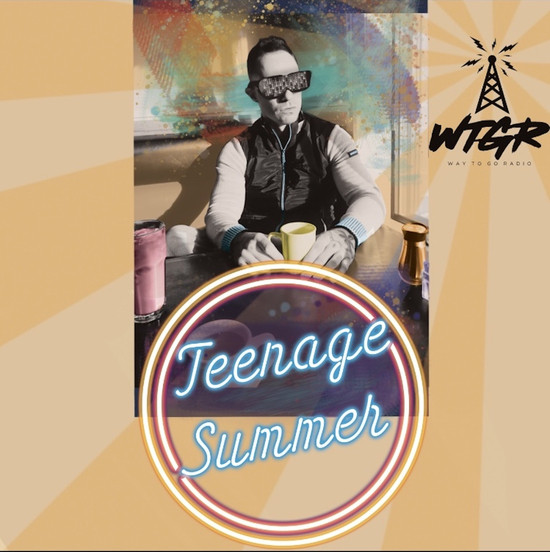 It’s the first release since their debut album “Barriers’. Barriers was released right before the pandemic.

” I remember being in radio interviews while everything was shutting down. You’re on a radio tour, and getting ready to play live. You’re looking down the barrel of what is threatening the couple of years of work you just released. It’s weird”

They returned home. “A ton happened. Professional and personal relationships ended abruptly . It was wild seeing how people and businesses react to stress. People show you who they are under pressure.”

They started writing new material. Then stopped. ” I started over. I didn’t want to make a negative record with those feelings. I needed to take a different angle. I used those songs to process it. Once I flushed those feelings it was time to move on. I don’t believe in letting people’s actions control your future narrative. I keep it moving.”

Then “Teenage Summer” was written. It’s about getting back to basics and a summer Tom remembered from when he was younger. “I had just graduated. I saved enough money to take the summer off . I rode my bike everyday, worked out, swam, and made music. I did that alone. I would go out to parties and clubs with my friends at night. It was one of the most fun summers I’ve ever had.”

“The lyrics in the first verse shout out one of my favorite bands, Tahiti 80. I listened to their record “Puzzle” on those bike rides. So I dropped some song titles into the lyrics of the first verse. I spoke with their singer Xavier about it. He was cool enough to listen to it and give me some feedback.”

LA artist Lil Brows features on it. ” I was in the studio. In the background, a song of his called “Internet Browser” came on. I could hear his voice on our bridge. I reached out. He was working on his new “Thiccc Boy” album. He was nice enough to do it and nailed it.”