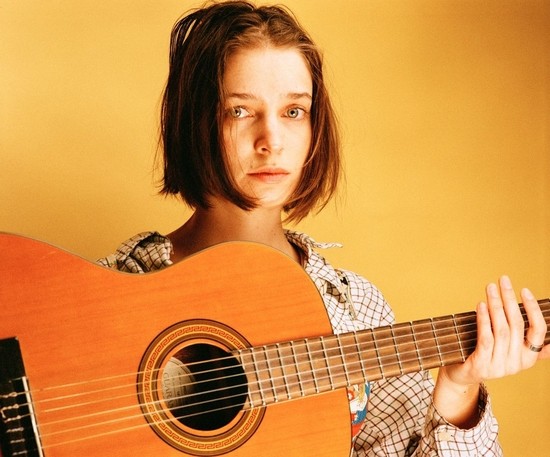 To mark the announcement she is sharing the album’s first single “Satellite”. Something of a departure from the more traditional Americana sound of Andrews’ earlier releases, the track builds from a breezy guitar and vocal arrangement into a dreamy tapestry of synths, layered vocals and reverb-abetted slide guitar.

Today, JUNO Award-Winning Rock Band Monster Truck explode back onto the scene with their incredible new song and music video for “Golden Woman” via BMG and all streaming platforms.

“Golden Woman” is a fast paced, unrelenting, rock n roll jam and marks the first release off of their highly anticipated forthcoming album and follows the band’s recent global signing with BMG. The new deal is the first global artist signing by BMG since appointing Steve Nightingale as BMG’s Toronto-based Vice President, Recorded Music in 2021.

London based Swedish-Ecuadorian musician XATIVA announces the release of ‘Fall Back To You’, the second single and video from her upcoming EP ‘Fly Away’. The song is a declaration of love that expresses romantic feelings of longing, hope and tenderness. However, for XATIVA this love is tainted with a sense of being trapped. She tells her story through gentle Spanish influenced guitar playing, soft harmonies and pure vocals, forming a haunting yet tender atmosphere.

On the new video, which was directed by Danish artists Sarah Liisborg and Fiona Aagard and also stars the latter, Tachys explain:

“Pierce” is, in a way, a kind of ode to the perfectionist, or if not an ode at least a friendly nod, saying “I see how hard you work, and I appreciate you. And I know that your hardships often go unrewarded or even unnoticed.”

Watch the video for CLAMM’s “Monday” off their upcoming album, Care, that’s out August 19th on Chapter Music

Melbourne punk power trio CLAMM release the second single Monday from their second album Care, and announce Australian album tour dates for September/October. Monday comes out today with a great video by Oscar O’Shea. Care is out on clear vinyl LP and digital via Chapter Music on August 19.

The most impactful music reflects a wide-screen view of the world back at us, helping distill the universal into something far more relatable. Since forming in 2004, the Black Angels have become standard-bearers for modern psych-rock that does exactly that, which is one of many reasons why the group’s new album feels so aptly named. Today, Austin’s legendary rockers have announced their brand new album ‘Wilderness of Mirrors’ out September 16 on Partisan Records.

Baltimore/D.C. post-hardcore band Pianos Become The Teeth have announced their new album ‘Drift’ will be arriving on August 26th via Epitaph Records. The fifth studio album is a follow up to 2018’s Wait For Love, which Pitchfork praised for “nimble musicianship, inventive rhythms.” Today they share lead single and music video, the haunting and technical “Genevieve” which the band agrees epitomizes the craftsmanship and creativity of the project. With ethereal finger picked guitar and layers of blooming harmonics, frontman Kyle Durfey questions his self-worth through poetic lyrics sung with a gentle vibrato.

Bonny Light Horseman today announced their sophomore album Rolling Golden Holy will be released on October 7th, 2022, via 37d03d Records. Produced by the band’s Josh Kaufman, Rolling Golden Holy is the follow-up to their critically acclaimed, self-titled debut which earned two GRAMMY nominations (Best Folk Album and Best American Roots Performance) and was named one of the ‘Best Albums of 2020’ by Paste, Boston Globe, MOJO, Uncut Magazine, and more. The album’s breezy and bittersweet lead single “California”—a timely and incorruptible classic about moving on in search of something else, if not something more—is out now.

It has been 5 years since fans have been treated to an album from The Black Angels and Wilderness of Mirrors marks a triumphant return with their foot on the pedal. Political tumult, the pandemic and the ongoing devastation of the environment have provided ample fodder for their signature sound and fierce lyrical commentary. Narrated by Mother Earth, lead single “El Jardín” is a rib-rattling plea of protection to humans. The new song arrives alongside an official video directed by Vanessa Pia, featuring Austin Amelio (The Walking Dead) and starring his son Lev.

Laura Veirs today shares her pulsing, hypnotic new song “Eucalyptus,” the third single off her forthcoming new album Found Light, due out on July 8th via her own Raven Marching Band Records. “This is a song about the community love I felt when I went through my divorce,” explains Veirs. “It’s also about new love and rediscovering myself as a solo person post-divorce. I reminisce here about ‘finding the old girl I was’ back when I visited my brother in California when he was in college, where they have lovely eucalyptus trees. Some eucalyptus trees will drop their branches suddenly on you, though, so those are the varieties you don’t want to plant in your backyard.”

Progressive groove metal juggernauts JINJER have once again beat the odds: the band announces today that with the support of the Ukrainian Ministry Of Culture, they have been granted a special exemption to exit Ukraine in order to help their countrymen the best way they can – through music. This also means that JINJER’s upcoming EU festival appearances this summer are confirmed! The band will perform across Europe starting June 10 at Greenfiel Festival in Interlaken (CH).

Last spring, PACKS released their debut LP Take The Cake via Fire Talk Records and Royal Mountain Records. An exciting introduction to a promising new songwriter in Madeline Link, the record was subject to immediate critical acclaim, with The FADER comparing their “reluctantly anthemic slacker rock” to Pavement and Speedy Ortiz, while further praise was heaped on the band from the likes of Stereogum, Exclaim, So Young, NPR, NYLON, BrooklynVegan, Gorilla vs Bear, Paste, NME, and Bandcamp, who called the LP “the sound of classic indie rock as delivered by a promising new voice.”

In conjunction with the video release, the band are also aiming to help raise awareness for testicular cancer after their guitarist, Drew Fortier had been diagnosed with the disease last month. He is currently recovering from surgery and waiting to hear results back from pathology as well as next steps.