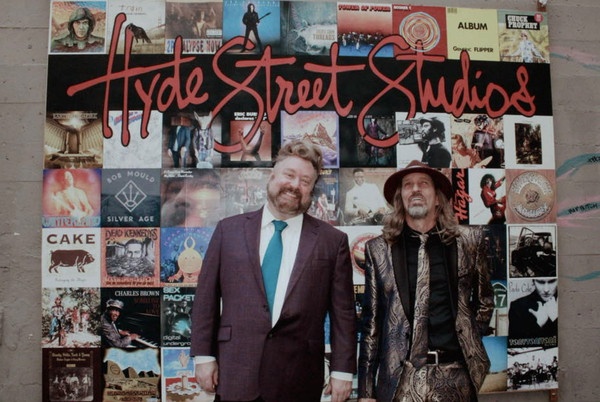 Growing up in the midwest, Kevin Seal and Chris McGrew were raised to be hard workers with an unwavering collaborative spirit. Their upbringings were also significantly influenced by the core of soul music that spread across their home communities in Ohio and Illinois, respectively. These staple cultural characteristics have followed them both to the coast of California, where they have been working alongside many musical creatives, helping bring their dreams and projects to fruition. The pandemic threw a wrench in much of these works in progress, but perhaps this was to their benefit. It provided an open canvas for Seal and McGrew to pursue their own dreams in the music industry, forming Seal Party: a dynamic duo where their soul music talents can shine when given the opportunity to create for themselves. Their style can be compared to greats of the genre, such as Sly and the Family Stone, Dexys Midnight Runners, and The Isley Brothers, and their newest single, “Maison,” demonstrates these similarities without a hitch. With Seal Party preparing to release their debut album, MMXXII, at the end of June 2022, this song serves as the world’s perfect introduction to everything Seal Party is about.

During the period of isolation with everyone stuck at home, Seal wrote “Maison” to his son, who was struggling with not getting to see his friends and do certain routines and activities he was used to before. The lyrics told him to stay strong and not let the circumstances frustrate or exhaust him to utter defeat; instead, Seal guided him to recognize that the moment will pass and everyone will come out stronger from it in the end. While things are starting to look up, further resembling the pre-COVID normal day by day, the song’s advice is still highly relevant and key to keep in mind more generally for anyone feeling bogged down by whatever weight is on their shoulders. The uplifting lyrics combined with the sweet harmonies are smooth and calming. The easygoing instrumental track helps further this three-minute escape from stressful realities to reflect on life’s silver linings and appreciate every minute despite ups and downs.

Embracing the joy that comes with togetherness and the unbeatable person-to-person connection, Seal Party found great inspiration in the idea that “every time we get together, it’s a party.” So, they threw a party for all their family and friends to come and simply enjoy one another’s presence and company. Seal Party makes their music and video creation a family affair; not only do we see close friends and loved ones on camera, but on the other side of the lens are Ben Torres and his two kids helping capture this cherishable event. Finally, making this wholesome visual even more special is that most of those in attendance had not even heard Seal Party or their new song until actually shooting, making everyone in the video dancing and authentically having a good time grooving to the duo’s creative work.