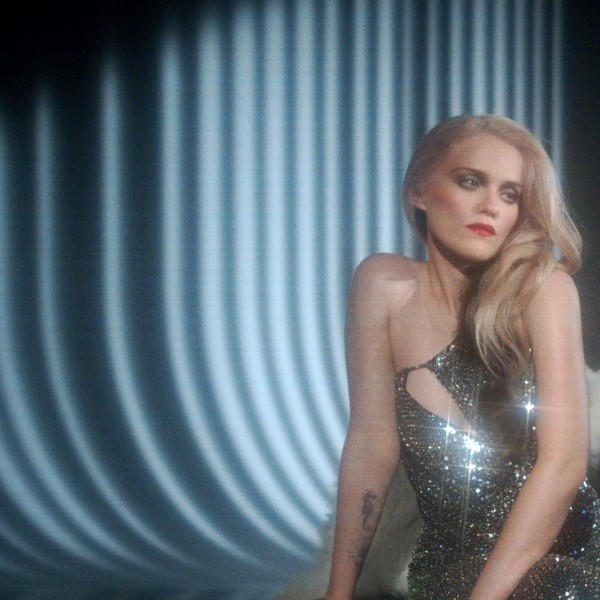 While living and recording in Guelph, Ontario, brothers Connor and Duncan Ivany have been pursuing full-time careers in organic farming and conservation, both with a strong passion for the environment. They have been creating, recording and performing Indie-folk-rock music which has been inspired by the likes of: Bahamas, Bruce Springsteen, Zac Brown Band and Blue Rodeo.

Today Olmo shares his stellar new single ‘Whatever Works’ ahead of his upcoming album ‘The Trunk’ due for release on the 10th of June.

The accompanying video, directed by Edie Lawrence, features an eclectic cameo list including Paul McGann (reprising a somewhat familiar character from Withnail & I) and Tom Gould (of the band Pottery).

Says the band: “Psychlopean Dread is the second track from our upcoming album and another Cosmic Horror-themed song. It’s one of those songs that started with a simple riff in the rehearsal room and came together pretty quickly. It’s also the first song that was started and finished when we returned to a power trio format with our bassist Menno fronting the band. The video was produced and edited by our friend Collyn McCoy from the band Circle of Sighs.”

Experience the Devastating Doom of BEHOLD! THE MONOLITH “Psychlopean Dread”

Today, Liverpool four-piece Courting return with details of their much-anticipated debut album Guitar Music, which is due out September 23 via [PIAS]. To mark the announcement the band will also share the official video tomorrow morning for their new single titled “Loaded,” which follows the release of last month’s critically acclaimed track “Tennis”.

Featuring the classic flow of rapper Karma Rivera, “FBG” and Trilogy III as a whole represent an unapologetic and bold stride forward in Tams’ career, asserting his confidence as an artist and songwriter.

Louisville’s The Homies Get Hype Like Williams in “Shake” Video

Frontiers Music Srl is proud to announce the release of the upcoming new studio album, From The New World, by the legendary Alan Parsons on July 15, 2022. Fans can get their first preview of the new album with the release of the single and music video, ‘Uroboros’ which features vocalist/guitarist Tommy Shaw of STYX.

Today, Web3 decentralized audio streaming platform Tamago announced their seed round raise, which reached $1M in funding via Block0, Move Capital, Daedalus, Human Guild, and Big Brain Holdings. The platform, which launched in March of this year, is nearing 1000 tracks on platform with over 700 users and 45,000 minutes of streamed content thus far. Additionally, Tamago announced a trove of exclusive NFTs and music drops coming to the platform this summer, including exclusive content from the likes of Felix Da Housecat, Paramida, Tiga, Deep Aztec, and Rose Bonica.

As the release of Superorganism’s second album World Wide Pop moves closer (due July 15th), the quintet are pleased to reveal a fourth song from the record. Entitled “On & On”, it is the most upfront pop moment of World Wide Pop and cloaks the existential lyrics with the band’s idiosyncratic production. The track delves into the relentless and repetitive treadmill of life as Orono sings: “Am I insane or is it now the normal way? / Reason’s out, just hope and pray / And switch off till it goes away”

Stoner rockers DESERT CLOUDS have released a video for their song “Mamarse”. The song is taken from their album Planexit which came out recently via Mandrone Records.

Today, singer-songwriter Katrina Ford (of Celebration and Mt Royal) shares “Go Deep,” the fourth single off her debut solo EP, due June 24 via Violin Films, along with an accompanying collage-like video, made by Ford herself.

Finnish extreme metal phenoms ANZILLU – whose sound is punctuated by buzz-saw guitar riffs delivered with equal amounts of dexterous shredding and pummeling brute force – have signed with M-Theory Audio. The group’s as-yet-untitled debut full-length is currently set to be unleashed at the beginning of 2023. In the meantime, ANZILLU’s first single “Needles (On My Nerves)” is available for streaming now, and the music video for the song is available to view at –

Today we have released the latest single “One” from queer art dance phenomenon, a ferocious, vital composition with lynchpin collaborator ANOHNI and drummer Budgie (Siouxsie and the Banshees). “One” is a powerful clarion call to the othered and disenfranchised riding in on a wave of tribal beats as ANOHNI’s singular, cinematic vocals urgently call upon ancient Pagan forces in the universe to rise up against the patriarchy and renew.

Infectious, cathartic, and embracing darker notes, “Where Do We Go From Here” is a slight departure for the band sonically and lyrically. MisterWives further explains, “it’s what happens when trust is broken and rather than running from the anger, fear and jealousy that comes with that, we made a 4 minute soundtrack for those complex and uncomfortable emotions.”

Chicago based Rock ‘n Roll band TAFOYA announce their debut EP Freedom (out June 17th) and share their second single off the project “Long Time Ago”, out May 20th. Already a big name in Chicago and having performed all over the midwest, the EP marks the group’s first official release since forming in 2021. “Long Time Ago”, a song that Mike Tafoya calls a sort of “autobiography”, starts off with a “snake-charmer” intro that quickly unfolds into the sort of vivacious and driving classic rock sound that Mike Tafoya has been delivering for decades. From the intelligently crafted guitar melodies and chord progressions to the deep and illustrative lyrics, TAFOYA are serving a powerful message behind a rich wall of Rock ‘n Roll sound.

Released in March 2019, “Downhill Lullaby” marked Ferreira’s first new original song since 2013. NME said, “The pop outsider’s first release in six years feels like the beginning of an ambitious new era…Ferreira’s return serves as proof that exceptional things can come to those who wait.” Vulture noted, “‘Downhill Lullaby’ shares more in common with Nick Cave and the Bad Seeds than Ferreira’s own earliest singles…It’s the voice of a woman who won’t take her suffering alone.” Pitchfork named “Downhill Lullaby” as one of the best songs of 2019 and praised it as “a five-and-a-half-minute, goth-noir, chamber pop piece – with strings – that could have easily closed an episode of the revived ‘Twin Peaks.’”

Magic Arm returns with the mesmeric glitch of ‘432’

We at Clubbed Thumb along with Flower Power Records are happy to bring you the new album from Black Market Karma “Aped Flair and Hijacked Ideas”. A psychedelic carousel of syrupy melody and liquid audio.

The title of the album is a tongue in cheek reference to the idea that nothing is truly original. Influence is a beautiful infinite web connecting all art.