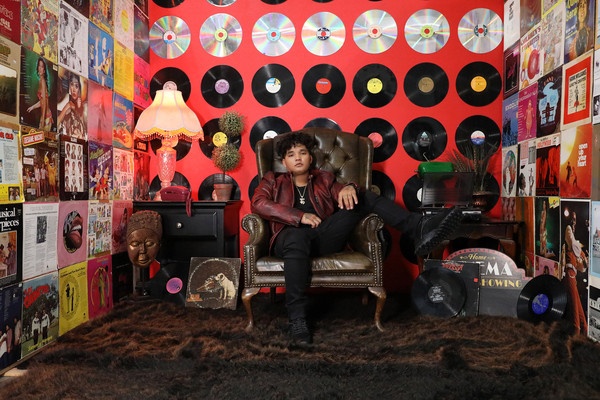 Star2 is a Thai-born, San Diego-based artist who is a proven storyteller through his dramatic life experiences. Since he was young, he’s been torn between two worlds: from escaping a refugee camp on the Thai/Myanmar border to finding his place in the money-based lifestyle of the United States. Even when it came to breaking into the rap industry, the creative had to constantly prove himself worthy as one of the few Asian-American artists on the scene. After multiple successful back-to-back hits like “Run Away,” “Thinkin Bout You,” and “Real Life,” the multi-dimensional artist has solidified his name amongst the next generation of artists ready to bring substance and lyrical intention back into the hip-hop game. Now, he is debuting his single “Big Bands,” from the Real Life EP, with rap icon and hero $tupid Young.

“Big Bands” is all about the come-up, grinding away day and night to finally see your dream come to fruition. On the track, Star2 collabs with noted gold-record, Long Beach rapper $tupid Young. Discussing the collab, he says, “$tupid Young reps the Asian community and paved the way for all Asian rappers in the industry.” Star2 has forged a unique sound that moves listeners to feel and relate to his life experiences. He’s paid his dues. He’s earned the right to flex his accomplishments by gaining a loyal fan base among his Ka-ren community and an international following now too. His breezy rap flows are layered over a fresh, bouncy beat that speak to his coming-of-age youth in the streets of City Heights, San Diego, his determined rise to success, and at times his sampling the finer aspects of life in Southern California. In true Star2 fashion, the music video is out-of-the-box and unique. Inspired by Grand Theft Auto and animated by Serbian artist Lubomir Atan, Star2 steps into his own version of the popular game rolling with $tupid Young as the two cruise in luxury through the virtual streets after they pull-off a bank heist – Star2 in the getaway car and $tupid Young as the robber – and then hit a strip club, where they make it rain with the money. The video captures the reckless fun of GTA that matches the high energy of the song.