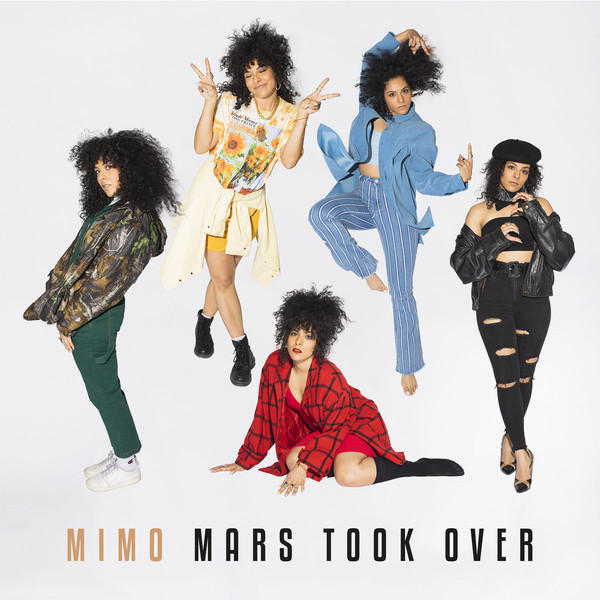 On your first to Mimo’s debut album ‘Mars Took Over’, it’s impossible not to get swept in the slick lyrics and flawless flows that dominate every track. This Montreal-born and New York-based artist has proved exactly why she’s such an exciting act rising the ranks in the New York scene, as each track is laced with addictively lavish rhymes. Mimo’s latest release comes off the back of her previous EP ‘Shell Shook’ and is an effortless evolution of her sound. Swaying away from the slower, deeper and sadder sides of her sound, Mimo is stepping into her glory with ‘Mars Took Over’. Whatever recent events have led to an empowered and inspired version of this up and coming artist, I couldn’t be more grateful.

This EP begins with, well, ‘An Introduction’. Mimo sets the tone of ‘Mars Took Over’ with a slickly chopped up sample, low-key hip hop drums and a veil of vinyl crackle melting over the soundscape. Mimo does as you’d expect on this one, introducing herself and the whole vibe of the EP. Her effortless weaving between English and French is perhaps the slickest part of this whole track. It’s captivating to listen to and has you going back time and time again just to get your head round the finesse of the flow. The neo-soul atmosphere of the whole EP swims through your speakers and settles your mood, more so with tracks like ‘Sunflower Head’ and ‘So Far So Good’ than the harder drum hits of the others. ‘Sunflower Head’ is a track for those Sunday mornings you just want to sit back, sip your coffee and soak in the sun. Showcasing just why she’s such a force to be reckoned with, Mimo flows effortlessly between singing and rapping. Her harmonies float throughout the soundscape, creating a bed for her sharp vocals to sink into. ‘Funghi’ and ‘Void Of Course’ are rooted in the more hip-hop realms of Mimo’s artistry. With soundscapes bursting at the seams with slapping snares and infectiously looped samples, these tracks showcase the utter versatility of this astounding artist. ‘Void Of Course’ is an exceptional example of this; the beautifully blended samples swim together, creating a strong current for Mimo’s vocals to sail over. Even with all this intricate production artistry, Mimo’s powerful performance presence never gets lost. If anything, her bold lyricism and mesmerising metaphors are elevated and made all the more poignant with the evolving instrumentals behind her. She cuts through the mix with captivating charisma and a tone that melts into your mood as she freely flows between intimate, softer passages and bold, empowering hooks. ‘Mars Took Over’ is an incredible gear change for Mimo and, it’s no doubt that when it’s released on the 27th of this month, it’ll be Mimo that will be taking over our daily soundtracks.

Watch the Music Video for ‘An Introduction’ on YOUTUBE NOW