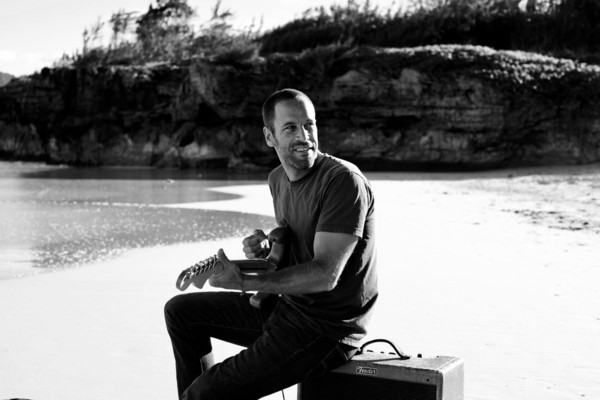 Alira Mun returns with another masterfully crafted release, this time in the form of her deep electronic single ‘Eclipsa,’ wherein massive synths run roughshod through a frenetic arrangement.

The album’s centrepiece, “Meet The Moonlight” presents a quietly hypnotic number that producer Blake Mills refers to as “one of the most spiritually interesting things I’ve ever worked on.” With its sweetly languid rhythms, mantra-like vocal delivery, and otherworldly guitar work, “Meet The Moonlight” serves as a lovely respite from the outside world as Johnson shares another gentle reminder for living well. The track’s spacious arrangement leaves a lot of room for the mystical.

Multi-platinum selling, GRAMMY® Award-nominated Noah Cyrus continues to tease her highly anticipated and deeply personal debut album, ‘The Hardest Part,’ out July 15 (RECORDS / Columbia Records). The rousing ‘Mr. Percocet,’ showcases her undeniable knack for intricate and heart-wrenching songwriting. Brutally honest, ‘Mr. Percocet’ details a complicated journey of addiction and recovery that the young Cyrus continues to navigate, while so beautifully pouring her experiences into every ounce of her music and forthcoming body of work. Noah has lived every song, and the embers of her experiences burn bright over a soundtrack steeped in pop spirit, folk eloquence, and the country soul of her Nashville roots. Light years beyond anything she’s released previously, this new chapter will undoubtedly place Noah Cyrus firmly in the upper echelon of contemporary singer-songwriters.

Witch Fever announce debut album ‘Congregation’ out 21st October 2022, and share title track as a single with ceremonial video – Opening for My Chemical Romance this Thursday at Stadium MK

Forming through Manchester’s close-knit alternative music scene in 2017, Witch Fever have a reputation for making riff-heavy, lyrically furious music that consistently bursts out of the confines of one genre, and today they announce debut album Congregation that’ll be released 21st October 2022 via Sony’s Music For Nations.

Returning after a 2 year hiatus, London label GlassTalk return with Spin Cycle EP, coming courtesy of emerging South London producer, Coe (aka George Whitehead). The follow up to his acclaimed debut release Radial on Dublin’s Woozy label last year, Coe now lands on GlassTalk with 3 brand new tracks, alongside a remix from 3024/Version affiliate Yak. Due for release 10th June 2022, title track ‘Spin Cycle’ drops today [17th May 2022] alongside the EP pre-order. Chopped snappy vox and snips of laughter sit over a volley of bouncy kick and sludgy bass tremors – this is futuristic, cheeky, tripped out electro, prime for a full club meltdown.

THE PIT presents… “A Punk Daydream” : Punk is not dead in Indonesia

After already persenting some amazing movies and documentaries on the platforms with ‘RocKabul’ or ‘Soaring Highs And Brutal Lows’, THE PIT (aka the first ever SVOD platform dedicated to the ROCK & METAL universe), unveiled a new astonishing content with ‘A Punk Daydream’, available right now on the platform.

This documentary is a portrait of the largest Muslim Punk community in the world, as seen through the eyes of Punk teenagers, in relation to the extreme social, environmental and political environment they live in.

Today Irish artist Sinead O’Brien releases a brand new track “Multitudes”, taken from her debut album ‘Time Bend and Break The Bower’, due for release June 10th via Chess Club Records. On May 21st, O’Brien will capture the essence of this new era of musings, as she takes to the national stage for her debut performance on the iconic Later…with Jools Holland show. O’Brien will also play a string of festivals ahead of her massive autumn UK, Ireland and European tours including London’s Lafayette – the full list of live dates is below.

THE SAME RIVER Deal With The ‘Weight of the World’

Weight of the World, from Greek group The Same River, is a chapter based, and in a philosophical way, concept album. The songs fulfil the vision of a world that’s spinning through the wheels of confusion. Before giving a deeper analysis of the lyrics, the group hope that the listener will feel familiar with this collection of moments and actions delivered by humanity the years of the pandemic, filtered through notes and words.

Today, vocalist Elizabeth Fraser and percussionist Damon Reece have shared a new single from their upcoming project, Sun’s Signature. “Underwater” is the sweeping, lush opening song off the duo’s self-titled EP, out physically on June 18th via Partisan Records for Record Store Day, with a digital release following in July (date TBD). “Underwater” is accompanied by a visualizer and follows previous single “Golden Air,” which was Fraser’s first piece of new music in 13 years.

WILDES, the solo project of London-based singer/songwriter Ella Walker, today releases new single “Lightly”. With a sound that never falls short of empowering, “Lightly” and recently released single “Woman In Love” – both produced by St Francis Hotel (Michael Kiwanuka, Little Simz) – are the first tastes of her as-yet-unannounced debut album, due for release later this year.

On July 1st, 2022 London-based artist Naima Bock will release her debut album Giant Palm via Sub Pop Records/Memorials of Distinction. Following the single releases of “30 Degrees,” her cover of the classic Brazilian song “Berimbau”, “Every Morning” and “Giant Palm” comes her latest single/official video for her song “Toll.”

Today Art Moore, a new project from Taylor Vick a.k.a. Boy Scouts, and Ezra Furman collaborators Sam Durkes and Trevor Brooks, announce their self-titled debut album that’ll be released via ANTI- on 5th August. To mark the announcement the band are sharing new single ‘Muscle Memory’ with a video with a video directed by Rocco Rivetti.

QUEEN KWONG releases new single “Without You, Whatever,” premeires via Under The Radar

Today LA-based Queen Kwong (a.k.a. Carré Kwong Callaway) shares her latest single “Without You, Whatever” from her forthcoming Joe Cardamone (The Icarus Line / Dark Mark vs Skeleton Joe) produced album Couples Only, out July 12 via Sonic Rituall. It follows “On The Run,” which featured keys and synths by Roger O’Donnell (The Cure).

Lead singer Blóthar had this to say about the song:

“This is my origin story, about transforming into a drug-jacked unpredictable liability on the battlefield. But like me, it has a softer side, a tale of the struggle of becoming my authentic self…a sexy, multi-donged, vajazzzled, Viking cow beast known as…The Berserker Blóthar!!”