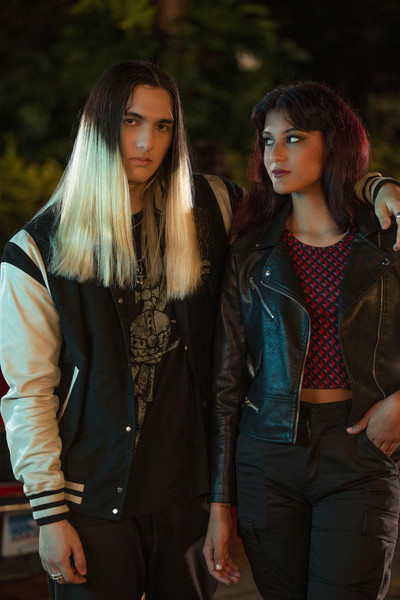 For most, the musical journey is a lifetime in the making. But DICI has been catapulted into the public eye within two whirlwind years. He has evolved from an avid music fan, experimenting with Pro Tools in his bedroom, to becoming a global rap phenomenon. So how did he do it? DICI has an impeccable ability to capture the voice of the generation, focusing on themes of love, culture, personal struggles, and triumphs. He masterfully blends powerhouse beats with hypnotic flows to create complex lyrical masterpieces. DICI also has the right entrepreneurial mindset, consistently molding and remolding his image to tailor to what is relevant to the youth. This formula for success is behind his international stardom, garnering millions of streams and views across music platforms and over 100k TikTok followers. To add to his ever-growing discography, DICI is ready for his next hit, “Left to Right,” to take off.

Surrounded by ’60s muscle cars and gorgeous models, DICI shows off that he has matured into a new era inspired by the fast life of rap stars in his video for “Left to Right.” The song showcases the artist’s free-flowing bars and chilled-out beats that have a hint of raciness to them. DICI has a backdrop of choreographed dancers that hit each beat with precision, swaying their hips side to side. The artist highlights the new luxurious lifestyle he can indulge in by creating his own empire. The video is directed by multi-award-winning Brian Bayerl, who has brought DICI’s creative vision to life across multiple music videos. The two have become a dream team in producing high-quality visuals that elevate DICI’s songs.