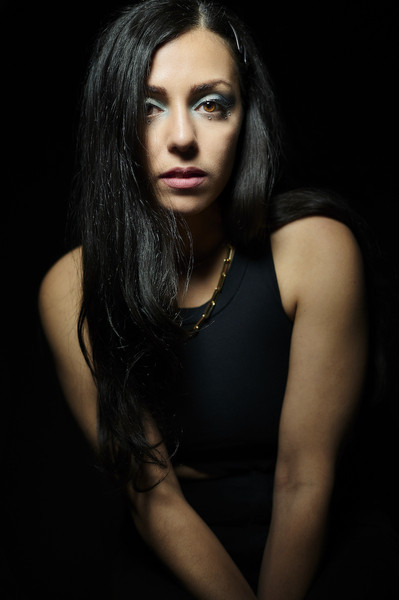 RUNESCARRED Release Video for Acoustic Version of “Swallow Your Tail”

Austin progressive power thrashers RUNESCARRED have released a video for the acoustic version of their track “Swallow Your Tail”. The song is from the expanded edition of their album The Distant Infinite.

Sunrise and Ammunition Defy the Bounds of Genre in their Latest EP, ‘Triangulum’

Sunrise and Ammunition have many elements floating around their primordial soup in a young world of sound. It is a sound that has lineage tracing back to progressive, experimental, and psychedelic music of all kinds. With no rigid boundaries it’s a collective of porous minds, absorbing an eclectic sound pallet made accessible to kids of the internet age. The band formed just after its members finished intermediate school, and over the years they have developed a musical chemistry that borders on telepathy. Sunrise and Ammunition released their first EP, Aquarius, in 2010 and have focused on creating immersive sounds ever since, including their album, Tesseract, produced by Jesse Cannon at Found Soundation. The combination of these three childhood friends’ creativity creates a whole larger than the sum of its parts.

With abstract vocal manipulation paired with luscious walls of harmonies, Flowerless aims to be as dynamic as the pop punk scene he grew up with while paying homage to the buttery RnB sound he fell in love with along the way.

His latest release, “LAB,” reflects on the end of a relationship which taught Flowerless that he is, in fact, an “emotional bitch.”

The track’s unpredictable production brushes up against his manic vocal delivery. He flips like a switchblade between breathless heart-pounding verses, guttural baritone, and woozy melodies evocative of his dynamic sonic scope. In the accompanying visual, Slump6s turns up in a mansion before otherworldly madness ensues as skeletons in hoodies take over the staircase and psychedelic dissolves find him in a dark dreamscape.

From Las Vegas, Ralf Mueggler and Jason Williams come together to form a new rock/metal project BLEED THE S+ONE. With over 15 years in and out of the industry as a drummer, Ralf decided to fully take the reins and front this new band which encompasses all of his past musical heros. Jason Williams (Delphian), a song writer for Film and TV by day, and a rock/metal guitar guru by night, joins Ralf bringing heavy riffs and technical expertise. A combination of their many influences, this “Meshuggah meets Sevendust”, 8 string, simple polyrhythmic blend of melodic vocal infused heavy metal defines their sound. The duo are consistently writing with releases scheduled throughout the year of their debut album “Eyes Wide Shut” as well as plans to tour and share their music with the world.

The band shared, “Lifetime is about loss. It also speaks to the human condition to push forward and put one foot in front of the other even when you wake up and your world is turned upside down. Barry lives 2 hours to the north of Mayfield and when the tornado struck he not only knew people directly affected but days later found photos and debris in his own backyard; hitting, in more ways than one, close to home. The Mayfield community has shown hope and resilience in the face of unimaginable devastation. When we discussed how we wanted to visually portray this song the story of Mayfield immediately came up. We traveled down to Kentucky from Toronto in March. To see it all with our own eyes and to meet some of the families while overwhelming at times. It was also a reminder to us and hopefully to all of you that while there is suffering there is also hope, resilience, and strength around every corner all over the world.”

Today, Australian ARIA chart-topping act and indie royalty Boy & Bear announce their first North American tour in over three years. The month plus long headline trek has the band playing in all major markets in the US and Canada including shows at the Troubadour in LA, Music Hall of Williamsburg in Brooklyn, NY, Lincoln Hall in Chicago, The Kessler Theatre in Dallas and a stop at the recently announced Bourbon & Beyond Festival in Louisville, KY where they’ll be playing alongside Jack White, Father John Misty, Courtney Barnett, and more! A full list of confirmed dates can be found below, with tickets available HERE.

JULIANA EYE is an alt-pop artist, songwriter and multi-instrumentalist based out of Toronto. Her obsession with pop melodies, 90s & early-00s guitar tones, paired with a mesmerizing voice has given EYE’s sound a unique blend of nostalgia and melancholy.