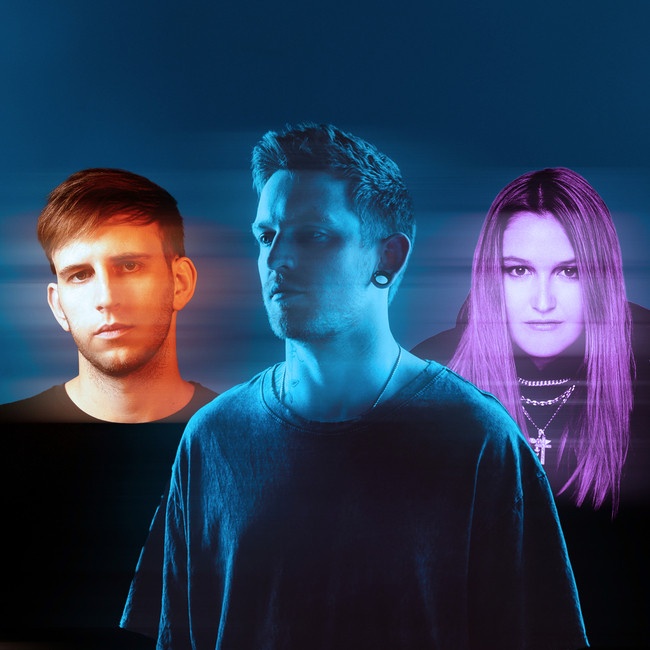 Millions of streaming listeners associate Said The Sky with soulful, emotional, highly danceable electronic pop. Denver songwriter Trevor Christensen’s musical project has been setting the clubs on fire for nearly a decade. Wide-Eyed, the 2018 debut Said The Sky full-length, was future bass at its best, most approachable, and most melodically appealing. But Christensen has never been an artist defined by any particular style or genre. His songs draw from indie rock, emo, soul, new wave, leftfield experimental music, classical piano pieces, and everything else he’s ever encountered and loved. And on Sentiment, his thrilling new album — one that’s destined to be counted among the defining sets of 2022 — he foregrounds his flexibility and refusal to be classified.

“Walk Me Home,” the anthemic cut that concludes Sentiment, epitomizes Christensen’s approach. The melody is as winsome as any that has ever decorated a Said The Sky song, and the verses are as warm and comforting as those on the brightest, most irresistible tracks on Wide-Eyed. But midway through “Walk Me Home,” the drums kick in — and the song’s rock underpinnings become impossible to miss.

Said The Sky has had some help on the track from two other boundary-pushing artists. Connecticut pop singer Chelsea Cutler contributes lead vocals with the distinctive combination of empathy and cinematic intensity that characterizes all of her recordings. Cutler, who scored a platinum disc with her Jeremy Zucker collaboration “You Were Good To Me” and took her 2020 debut set How To Be Human to the Top 40, graces a track co-produced by Grammy-nominated electronic musician ILLENIUM. Said The Sky and ILLENIUM have made magic together before: their 2016 collaboration “Rush Over Me” was pure invigorating EDM. “Walk Me Home” is a very different kind of song — one that fits in snugly on Sentiment, a set that also includes features from emo-pop and punk artists like The Maine, We The Kings, State Champs, and Motion City Soundtrack.a

The “Walk Me Home” video also defies expectations. The beautifully shot clip by director (and frequent Said The Sky collaborator) Lillie Wojcik captures the first flickers of a romantic relationship in quick, intense, indelible strokes. But there’s a wrinkle in Wojcik’s storytelling: all the action in the clip happens in reverse. “Walk Me Home” opens with a shot of a young woman in the afterglow of an encounter and traces her activities backward in time from there. The camera finds her under the blanket of the night with a young man she’s clearly just getting to know; it’s a lovely scene, but he’s been in a scuffle, and we don’t know why. Only at the conclusion of the clip do we learn the reason for the blood on his face — and just like the song, it’s inspiring and surprising.