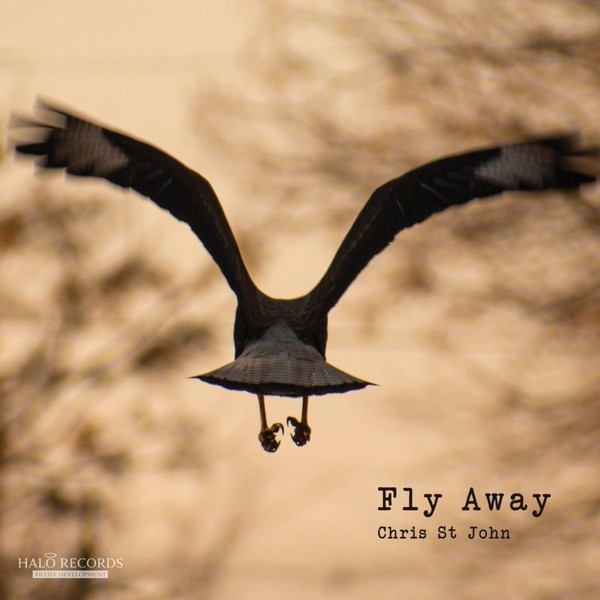 There comes a time in every songwriter’s plight in which they reach an existential crossroads. Their introspection and inner voice becomes too loud to ignore and they begin to question everything, much like they started off doing. They start families and raise children in some cases, and their perspective evolves. Chris St. John seems to have to come to this point in his life and career. His newest album, Fly Away, finds Chris not only at a heightened sense of awareness, but completely in sync with the beat of his own heart.

Nowhere else on the record is Chris St. John’s existential epiphany more apparent than on “The Disappear.” A soothing little ditty about the fragility of our mortality, “The Disappear” is calming and saddening all at once. We go out of our way to live out loud. It’s music like this that reminds us that our final moments will likely be dressed in silence. “The Disappear” is one of the defining moments on Fly Away.

“Nothing Left To Say,” has a bit of a Country flavor on the surface. The arrangement ends up resembling more of a Rock ballad, as Chris opines on human nature and various tendencies. It’s in the games that people play/we lose our souls/we lose our way. “Look For Me,” sounds like something Chris wrote on his back porch, watching the sun rise, guitar in hand. This one is the heart of Fly Away, and Chris gives an oh so delicate vocal performance.

“Fly Away,” the only track from the record to currently feature a music video, sees Chris examine parenthood. More specifically, St. John attempts to reconcile the emotions that accompany him, as his son begins his own life. The jangling and tongue-in-cheek, “I Need A Horse,” sees Chris get looser than at any other point on the record. Impossibly catchy and cleverly written, St. John should really consider releasing this one as his follow-up single. It’s a hilarious piece from the perspective of a weekend cowboy, who gleefully leans into all the stereotypical tropes.

It’s difficult to find any flaws on this record. Chris has achieved his own sound with just the right amount of presence of his influences. There are some serious themes dealt with on the album, but Chris never surrenders to any sort of pretentious indulgence. Furthermore, this doesn’t seem to be a climax of any sort for St. John. It’s easy to conceive him releasing several more records in the future, potentially surpassing all that he has done to this point. As for now, Fly Away is a wonderful investment of your time, and attention.