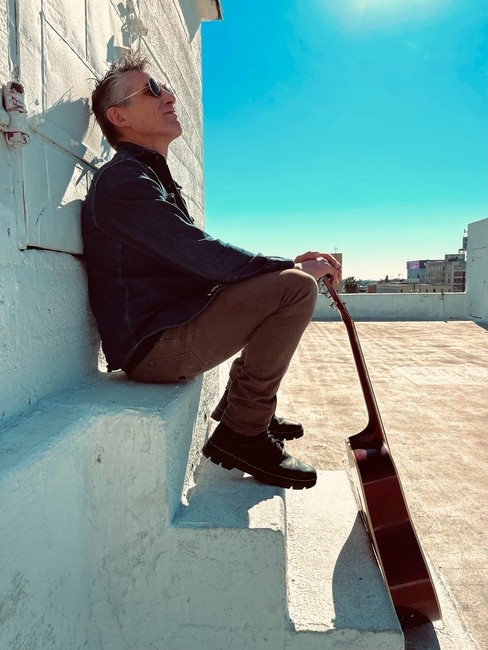 Wise men worldwide inevitably arrive at the conclusion that all men are brothers. What unites us is deeper and more important than what separates us. The kinship between Russians and Ukrainians is particularly apparent. The two countries share a border, a common religion, and a similar heritage. Their languages are mutually intelligible and their histories are intertwined. Millions of Russians have friends and relatives in Ukraine — loved ones who are now very much in harm’s way. It’s not misleading to say that ties of affection have hampered the Russian attack and tied the hands of the invaders. It’s tough to jeopardize the life of a brother.

The brutal conflict in Ukraine is the focus of the new video from Idaho-based folk and roots-rock artist Bosco, an artist who always leads with compassion for humanity. In “Brothers,” Bosco shows us footage of a nation under fiery assault, reeling from the incursion of a much larger army, bloodied but unbroken. But there’s nothing martial about Bosco’s music: instead, the singer-songwriter brings a message of peace, togetherness, and perspective. Bosco sings about the rhythms of life, the trajectories of growth, and the irreducible bonds of family. He does it as he always does — with intelligence, grace, poetry, and the tight epigrammatic storytelling language he’s known for.

“Brothers” is a particularly warm and inviting cut from Bosco’s catalog. It’s an anthem of sorts and a rallying cry, but it’s human-scale — approachable, identifiable, timeless in sound and message. “Brothers” evokes the topical folk of Bob Dylan and Phil Ochs, the campfire sing-along looseness of NRBQ, the wry wit of John Prine, and Billy Bragg’s broadsides against the darkness. Yet as much of a traditionalist as Bosco is, his distinctive turns of phrase and flashes of insight could have come from no other songwriter.

If you’ve paid attention to the news for the past two weeks, much of the footage in the “Brothers” clip will look familiar. Bosco gives us shots of the Ukrainian flag, Kyiv besieged, and a steely-eyed President Volodymyr Zelenskyy, resolute under pressure. Yet we’ll wager that there’s a lot here that you haven’t seen, including remarkable sequences of Russian aggression and Ukrainian defiance, behind-the-scenes looks at the refugee crisis, and heartbreaking images of lovers and family members parted by the call to arms. It’s a video that only an artist deeply invested in the outcome — and peaceful resolution — of the struggle could have made. Every frame testifies to Bosco’s emotional investment and unshakable belief in the power of brotherhood.