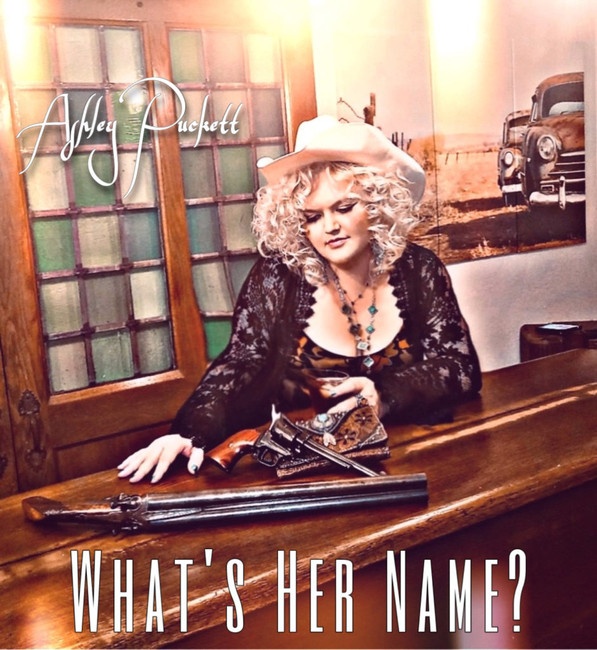 With the release of her debut album, “Never Say Never,” Pittsburgh’s Ashley Puckett cemented herself as one of country music’s hottest young female artists. Her single, “Bulletproof” hit the highest of the highs when it reached #1 on the national AM/FM radio chart ranked by New Music Weekly magazine. She followed that success with another single, “Live Like You Love,” which received 250K Spotify streams and 62K Youtube views. Now, Ashley returns with another cut from her Bryan Cole-produced album.

On March 25th, 2022, Ashley Puckett releases “What’s Her Name.” The track was written by Ri Danni, co-writer of “Bulletproof” and several others on Ashley’s album.

ABOUT ASHLEY PUCKETT: Ashley Puckett was born and raised in North Huntingdon, just east of Pittsburgh, Pennsylvania. Ashley realized her passion for music at a young age, performing at vocal competitions and community events, and eventually, landing at open-mic nights and shows in bars and clubs, doing anything to keep the music and her passion alive. Her musical influences have been empowering..shaping the artist she has become: Ladies like Lee Ann Womack, Carrie Underwood, Miranda Lambert, Jo Dee Messina, Carol King and LeAnn Rimes. At age sixteen Ashley picked up the guitar, began writing songs, and the adventurous country girl hit the road.